King’s Cup: Five players to watch out for 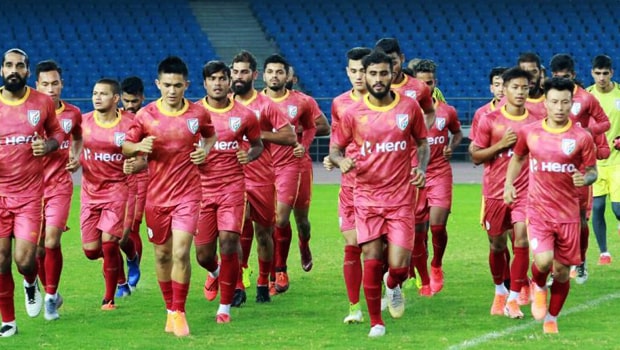 With the King’s Cup only a few days away, the Indian national team have amplified their preparations for the four-nation tournament. Going up against the likes of Thailand, Vietnam and Curacao, this will be Igor Stimac’s first tournament as head coach of the Indian national team. The Croat has named a preliminary 37-man squad, which includes a few fan-favourites from the Hero Indian Super League (ISL) and Hero I-League. Here, we have a look at a select few and how they can add value to the team.

The 28-year-old was one of the standout players during the recently concluded Hero ISL season and thus fully deserves a spot in the squad. Under previous head coach Stephen Constantine, Bheke was surprisingly left out of the squad for the AFC Asian Cup, much to the dismay of the fans. Hence, Stimac’s decision to include the Bengaluru FC right back in the squad will undoubtedly raise spirits in the camp. The defender is adept at slotting in the wings and is known for his smart positioning and tough tackling. He can also chip in with a few goals upfront, a skill which he displayed during the 2018-19 final, when he scored the only goal of the game against Mumbai City FC.

Another name who was omitted by Constantine was Jamshedpur’s Michael Soosairaj. The Tamil Nadu-based winger was one of the standout players of Jamshedpur’s season. However, untimely injuries had limited his influence over the course of the campaign. Soosairaj has the ability to cause nightmares for opposition defences with his explosive pace and quick feet. Stimac can turn to the 24-year-old for some much-needed productivity down the wings.

If there was one player who deserved a spot in the national team on the back of last season, that would be Brandon Fernandes. The 24-year-old was an integral part of Goa’s formidable attacking cog, which reached the finals of the Hero ISL and emerged victorious at the Hero Super Cup. The Gaur does have the numbers to back up his claim and will be raring to go when he dons the national colours.

The 25-year-old from Kerala realised his dream after getting his first-ever national team call-up in Stimac’s preliminary squad. One of the up and coming stars in the Indian football circuit, Jobby Justin will be eager to impress after grabbing the Croat’s attention by finishing as Hero I-League’s top-scorer (9 goals). His stint with East Bengal, however, came to an end following the conclusion of the season and Justin has since joined two-time Hero ISL champions ATK. With the spotlight now firmly on him, this may well be Justin’s time to shine both for club and country.

Probably the biggest revelation from the season was the emergence of youngster Sahal Abdul Samad. Kerala Blasters might not have enjoyed the most fruitful season, but Sahal did establish himself as a standout player. His calmness and composure at the centre of the park could just be what India need. The 22-year-old was adjudged the league’s emerging player of the season and hence it comes as no surprise that Stimac has decided to give him a shot.