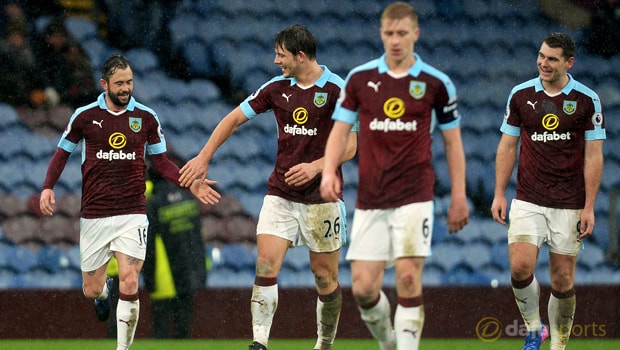 Burnley midfielder Steven Defour has refused to confirm if he will stay at Burnley on a long-term basis.

Defour has played a huge role at Turf Moor this season since he joined the club in the summer.

Manager Sean Dyche managed to bring him in from Anderlecht for a then club-record fee of £7.4million and he signed a three-year contract.

The Belgian has since made 17 appearances for the club, scoring one goal in what has been a solid start to life in the Premier League.

However, the 28-year-old has been linked with a move away after his agent admitted earlier this month that he would be interested in a move to China.

Some reports suggest the playmaker is unhappy with the style of play at Turf Moor but he did manage to score in Saturday’s FA Cup win over Bristol City.

Speaking about his future, Defour admits that he would find it hard to turn down a big-money offer. “I don’t know,” he said.

“I can’t say I’m staying here forever and then there is a big opportunity if it’s in China or elsewhere or even in England.

“If there’s a big proposal somewhere which would be good for the club and for me then we should think about it. At this moment, there’s nothing on it.”

Defour is expected to start Tuesday’s clash with Leicester and Burnley are priced at 2.88 to win. The draw is available at odds of 3.10, while the Foxes are 2.50 favourites to win.