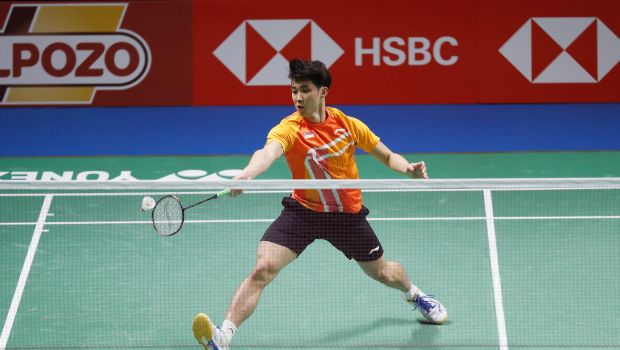 It was a double delight for India in the Yonex-Sunrise India Open as Chirag Shetty and Satwiksairaj Rankireddy won their first-ever Indian Open doubles title. The Indian pair played strong to defeat Mohammad Ahsan and Hendra Setiawan in straight 21-16, 26-24, and clinched the men’s doubles title.
Lakshya Sen and Kean Yew had a 2-2 head-to-head record before playing the final. Sen had lost two of the last three meetings, but the game started with good confidence. The Indian proved to be the better shuttler after showing great athleticism. Sen used his attacking shots to great effect and troubled his opponent with punched winners from the back at the right moments.

Though Kean Yew played a brilliant defensive game, Sen did well to breach it. The Singaporean ace started well with a 2-0 lead in the first game. But Sen showed good patient and composure to make a good comeback with four points. Sen continued with the momentum and had the lead for a large part of the game.

However, Loh used his techniques and fought an excellent battle to level the scores 19-19 by winning six consecutive points. Finally, the Indian managed to seal the first game at 24-22 after Kean Yew made an error in judgment on the sideline.

After losing the first game, Kean Yew started the second one with a much better attacking game. He went on to take an initial lead of 4-1, but Lakshya pulled back to level the scores. Sen grew in confidence and started to attack frequently. Both players kept the scoreboard very tight by pulling the strings on one another.

Sen took a slight 11-9 lead after Kean Yew made some unforced errors. Sen played remarkably to secure five successive points. But Kean Yew did not leave it easy and produced a comeback to draw close. However, it was not enough to hold Lakshya from winning the title.

In the Women’s singles, second-seeded Busanan Ongbamrungphan defeated Supanida Katethong 22-20, 19-21, 21-13 to win her first title of the year. Earlier, Katethong stunned PV Sindhu in the semi-finals.

Nadal reaches the quarter final of the Australian Open after beating Fognini
Roger Federer: Retirement is getting closer and I will miss tennis a lot
Davis Cup Final Opening Britain Lead by Murray