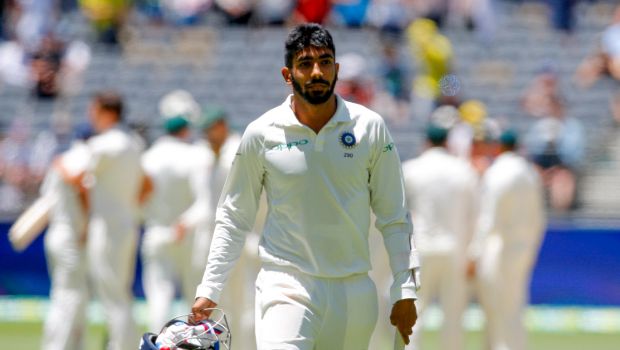 South Africa finished 17/1 at stumps and trial India by 206 runs on Day 1. Earlier, the Proteas bowled out India for 223. South African pacers delivered quality bowling and restricted India from scoring a big total. Indian skipper Virat Kohli starred with a brilliant knockoff 79. Kagiso Rabada led from the front and scalped a four-wicket haul. Jasprit Bumrah stunned the Proteas by dismissing their skipper Dean Elgar for just 3.

Indian openers KL Rahul and Mayank Agarwal scored runs at a decent rate after Keegan Petersen dropped Agarwal for a duck. But South African pacers put pressure on India by dismissing both openers in consecutive overs. While Duanne Olivier removed Rahul on 12, Rabada got the better of Agarwal on 15. Pujara and Kohli showed patience and put up a 62-run stand before Marco Jansen bagged Pujara for 43.

South African pacers troubled and tested Kohli by bowling on the off-stump line, but the Indian skipper showed great discipline to remain unbeaten. Kohli went on to register a hard-earned fifty, which was his second-lowest in Test cricket. Kohli took on the challenge and played a tough knock to put up a decent total on the board.

Rishabh Pant (27) did not last long and went back for 27. Kohli’s lone battle came to an end when Rabada bowled a brilliant one to dismiss him. Shardul Thakur(12) hit a wonderful six and four but soon Maharaj removed him. The Proteas bowlers took wickets at regular intervals to wrap up the proceedings. A wobbly Indian top-order batting put them on the back-foot.

India thrash Pakistan - Asia Cup 2018
IPL 2022: It’s great if I can play for CSK, says Dinesh Karthik
England level the series as they beat West Indies in the second Test