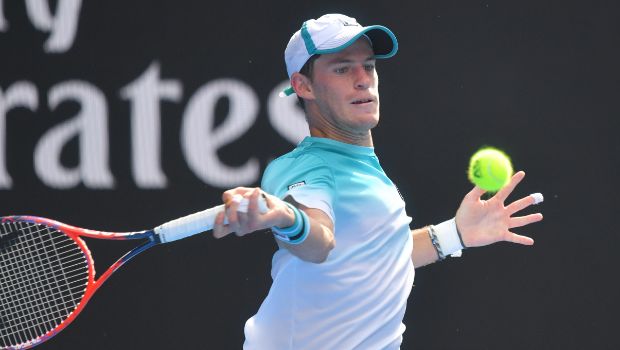 World No.1 Novak Djokovic defeated Diego Schwartzman to move one step closer to defending his French Open title. Novak Djokovic proved his class by beating the Argentine player Schwartzman with ease. The victory has taken him into a 16th French Open quarter-final. The Serb has not failed to reach that stage since 2009 at Roland Garros. The Serbian ace, bidding to equal Rafael Nadal’s men’s record of 21 Grand Slam titles produced a dominant performance from the start to secure a 6-1, 6-3, 6-3 victory in his fourth-round tie against no.15 seed Schwartzman.

The defending champion delivered a high-quality fourth-round play when he saved seven breakpoints and also converted six of his own to set up a quarterfinal showdown with 13-time champion Rafael Nadal. The Spain ace triumphed over the Felix Auger-Aliassime of Canada 3-6, 6-3, 6-2, 3-6, 6-3 in a match that lasted four hours and 21 minutes. It will be a blockbuster quarterfinal to witness.

Two hours and a 15-minute focused performance from Djokovic helped him to go through to the last eight still without dropping a set. The Serbian star is looking for a third French Open title after clinching the title for the second time last year. Djokovic was at his best to outclass Nadal in the semi-finals and made a brilliant comeback from two sets down to beat Stefanos Tsitsipas in the championship match.

On Sunday, the 35-year-old player looked comfortable and came up with a convincing play to see off the threat of Schwartzman, who gave Djokovic a tough fight and extended the game to five sets in their previous meeting at Roland Garros in 2017. But this time, the Argentine player failed to produce the same level of play.

Djokovic raced through the opening set by saving two break points in the third game of the match. The second set looked to be far more competitive as Schwartzman took a 3-0 lead. But the Serbian player did well to break and reeled off three quick points to level at 3-3. Djokovic went on to make it five straight games when Schwartzman dropped serve again. Djokovic played a series of excellent baseline shots to wrap up the second set.

Djokovic raised his level to earn a break with a huge forehand winner. The Serb produced a stunning play with clever drop shots, clean hitting, and relentless defense to outplay his opponent in the final set. Djokovic’s aggressive play troubled Schwartzman a lot and made him scramble for a foothold in the match.

Chess: 12-year-old prodigy eager to get India back on the map
Denver Nuggets beat Golden State warriors to avoid series sweep
French Open 2019: Divij Sharan’s resurgence in form a cause for hope