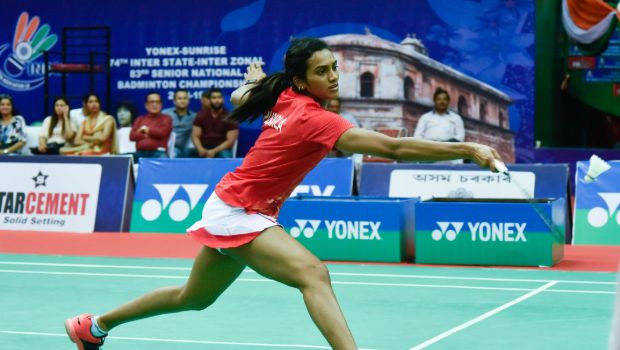 World champion and Tokyo Olympics bronze medallist PV Sindhu resumed her journey by competing in the 2021 Denmark Open. Sindhu targets to become the World no.1 by winning the tournament. Sindhu plays her first major event after winning a bronze medal in Tokyo Games in August. PV Sindhu a two-time Olympic medallist, who opted out of the Sudirman, Thomas, and Uber Cup, made a return to the court and started off her run with a win.

The reigning Indian champion PV Sindhu won her opening match of the Denmark Open. Sindhu defeated Neshlihan Yigit 21-12, 21-10 in straight games and progressed to the round of 16 in the Women’s singles event. Sindhu took just 30 minutes to beat the 29th ranked Turkey player. The fourth seeded Indian star will next face Busanan Ongbamrungphan from Thailand.

Sindhu hardly broke any sweat during her opening contest against Yigit in the BWF World Tour Super 1000 tournament. The world no.7 player was up 5-4 and then kept moving ahead by scoring continuous points. She comfortably won the opening game.
The second game was no different as Sindhu used her experience to erase 1-3 deficits and grabbed a 10-4 lead in the second game. Yigit fought back to make it 9-10 before the Indian held a two-point advantage at the break. After the break, it was a one-way traffic as Sindhu dominated and clinched the victory with ease.

Earlier, Sindhu said that the process to reach the world no.1 rank begins in the Denmark Open. Sindhu said the biggest challenge is to stay focused and put into action all the new tactics which have been learned during the practices. Sindhu thanked her Korean coach Park Tae-Sang,who constantly review her performance and guides to improve better. Sindhu ended up that she is more experienced and more confident to win the tournament.