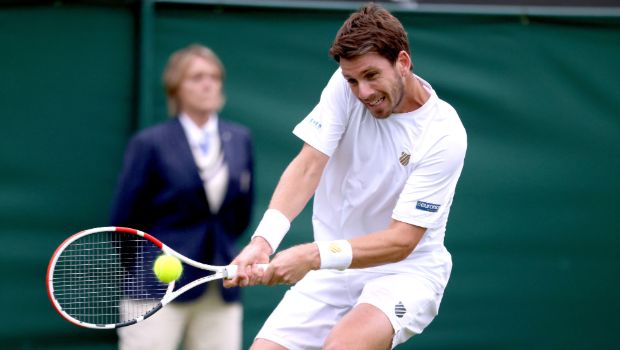 Cameron Norrie defeated Nikoloz Basilashvili 3-6, 6-4, 6-1 in the finals of the Indian Wells men’s singles. Cameron Norrie clinched a victory in the Californian desert and became the first British man to win the prestigious Indian Wells title. From a set and a break deficit, Norrie battled back to win the title in the decider set.

Cameron Norrie won his second ATP title after triumphing at the fifth biggest annual tournament. The 26-year-old Norrie won his maiden ATP singles title at Mexico’s Los Cabos Open in July Norrie departed the Indian Wells with a new career-high rank of 16. He has dragged himself firmly into contention for the ATP Finals in Turin.

The 29-year-old Nikoloz Basilashvili was one of the most destructive shot makers in the tournament. Earlier, he registered a series of wins against top-seeded players, including No.3 Stefanos Tsitsipas in the quarter-finals. Basilashvili has been one of the few big-hitters able to play consistently through the conditions. Unfortunately, the Georgian failed to deliver his A-game against Norrie.

The hard-hitting Basilashvili quickly took the first set and put pressure on Norrie. But the British player regrouped in the second and broke the Georgian at love to force a decider. Both players opened the match by making returns, lengthening rallies, and few errors. Norrie broke the serve and took an early 3-1 lead. But Basilashvili slowly found his range and began to dominate Norrie with some power hits. From 1-3 down, Basilashvili played through five consecutive games to take the first set.

Norrie back came strong and continued to pull Basilashvili into lengthy cross-court rallies. The unpredictable Georgian slowly began to make more unforced errors. Norrie utilized the chances well to break and took a 3-2 lead in the second set. Norrie showed confidence growing in his service games.