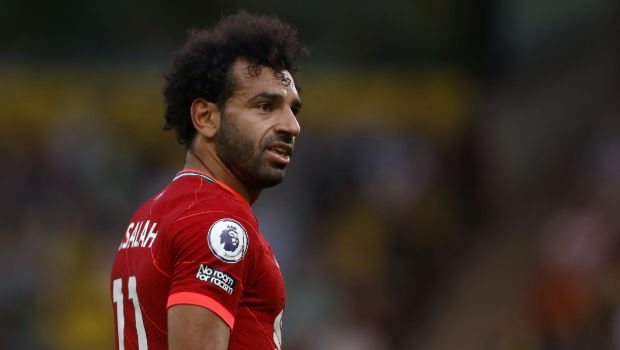 Liverpool defeated Atletico Madrid 3-2 in a Champions League game at Metropolitano Stadium. Liverpool made it three out of three in the group stage by beating Spanish champions Atletico Madrid. Two goals from Mohamed Salah and a stunner from Naby Keita were good enough for the Reds to win with a slight lead. Antoine Griezmann scored two goals for Atletico before receiving a red card.

Mohamed Salah continued his terrific form and once again starred for the Reds. Salah helped his team to register a win by scoring the penalty kick in the 78th minute. Mohamed Salah became the first man in the club’s history to score in nine successive matches with the first and last goals.

The crowd witnessed a fantastic match in the Spanish capital as both teams were dazzling in attack but vulnerable towards the end. The Reds scored two early goals to take a 2-0 lead. But the French forward striker Antoine Griezmann wiped out the lead by scoring a double in 15 minutes time.

The Reds played an attacking game from the start and Salah stunned Atletico with an early opener in the 8th minute. Salah cut inside and beat three defenders to play his shot. It took a huge deflection off James Milner and left wrong-footed Jan Oblak helpless. Five minutes later, Keita scored a stunner to make it as 2-0. Luiz Felipe’s half clearance fell to Keita, who smashed it into the right corner of the net from outside the box.

Antoine Griezmann erased the deficit for Atletico in the 20th minute. A short Atletico corner led to Lemar, who fired a low cross into the box that went all the way through to Koke. Finally, Griezmann cleverly deflected Koke’s long ranger into the net. A few moments later, Griezmann scored his second and leveled the scores. Joao Felix got away from Keita and sent across to Griezmann, who made a fine touch to move into the area and fired a shot that beat Alisson Becker.

Both teams played aggressively to score the winner in the second half. But Atletico went behind as it was reduced to 10-men after the match referee showed a straight red card for Griezmann. Griezmann made a high foot on Robert Firmino’s head.
The tide turned towards the Reds when Jose Maria Gimenez’s challenge on Diogo Jota resulted in a penalty spot-kick. Salah took the responsibility and sent Oblak the wrong way to score the winner. Liverpool leads Group-B with 9 points. Atletico Madrid is in the second place with 4 points.