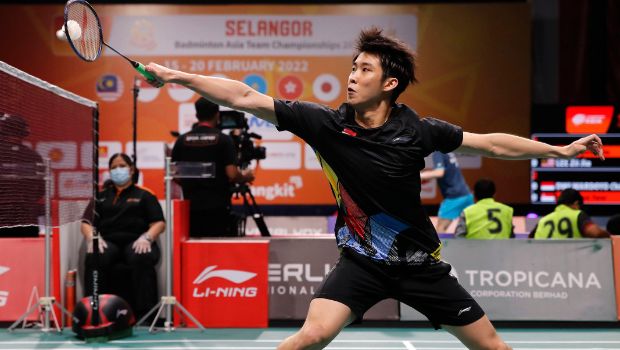 Rivals since childhood, Loh Kean Yew and Lee Zii Jia are all set to battle again in the quarter-finals of the Indonesian Open today, after successfully winning their respective last-16 ties. An epic battle between world champion Loh Kean Yew and Asian champion Lee Zii Jia is expected to be a titanic affair in the men’s singles quarter-finals. Kean Yew could provide a hard test for Lee Zii Jia in his hunt to win the Indonesia Open title. Singapore ace Kean Yew believes that he is ready to face his childhood rival Lee, following his impressive 21-16, 21- 9 win over Toma Junior Popov.

The 24-year-old Singaporean shuttler needed just 37 minutes to secure his quarter-final spot with a dominant win over the Frenchman. World no.9 Kean Yew recorded his second victory over the Frenchman in as many weeks. Earlier, Kean Yew outclassed World no.26 Popov in the Indonesia Masters tournament last week.

Kean Yew, who became the world champion last year, has not been at his best in recent times. But Kean Yew showed glimpses of his best form when he reached the semi-finals of the recently-concluded Indonesian Masters. The Singapore player narrowly missed out on the final after he lost a thrilling three-game encounter against world No. 4 Chou Tien-Chen.

Meanwhile, world No.5 Lee was also trouble-free against India’s Sameer Verma in his last-16 tie. The Malaysian shuttler produced a clinical performance to register a comprehensive 21-10, 21-13 win against the world no.30 player. Lee battled 41 minutes to surpass the Indian shuttler.

The 24-year-old Lee feels that he has improved his playing level after each match in the Super 1000 event. Earlier on Tuesday, Lee bounced back to recover from a 6-10 deficit in the first game to beat Thailand’s Sittikorn Thammasin 21-15, 21-14 in the opening round at Istora Senayan Stadium.

Lee is looking to make up for his quarter-final exit from Indonesia Masters. Asian champion believes that he is ready to face any tougher opponents to reach the championship match. Earlier, Lee admitted that he is well prepared for the challenge.
Lee has a narrow 3-2 advantage in their head-to-head clashes. Lee came out on top after defeating Kean Yew 21-6, 21-14 in Asia Team Championships in February. But Kean Yew got the better of Lee in last year’s Hylo and French Opens. Fans are going to witness a mouth-watering quarter-final clash between Kean Yew and his Malaysian rival.