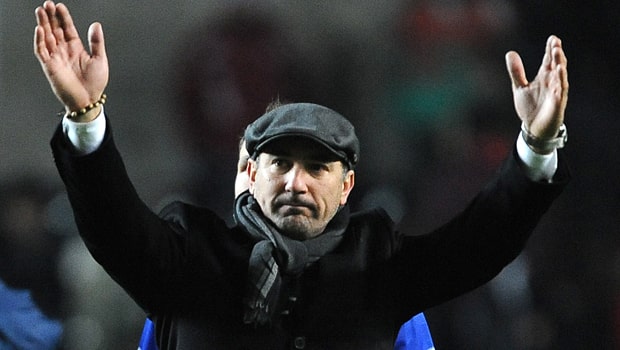 India finished third in Igor Stimac’s debut campaign as their new head coach after a 1-0 win over hosts Thailand in the King’s Cup on Saturday. After losing the first game in the tournament 3-1 to Curacao, Stimac’s men put on a much-improved showing against Thailand to secure a win in the third-place match. Sunil Chhetri got the first goal of the Stimac era from the penalty spot against Curacao and Anirudh Thapa’s first-half winner against Thailand gave the Croat his first victory as head coach of the team. While there’s plenty of scope for improvement to go along with the positives that have emerged from the King’s Cup, here are five takeaways from Stimac’s first campaign as the head coach of the Blue Tigers.

After impressing the All India Football Federation (AIFF) technical committee by producing a list of players that he’d been following from the Indian Super League (ISL) and the I-League, Stimac delivered on his promise of blooding new players. The influx of talented individuals like Michael Soosairaj, Brandon Fernandes, Sahal Abdul, Rahul Bheke, Adil Khan and goalkeeper Kamaljit Singh can only be good for Indian football. These players will only improve with more time in the national setup and offer Indian football an enterprising dimension, which seemed to be missing for much of the Stephen Constantine reign.

It’s not just the personnel that indicate a more positive style of play, but also the actual football on the pitch. Granted that it may not be as fluid and easy on the eye yet, but it’s important to note that life under Stimac is just getting started and will only get better. Under the Croatian, the Blue Tigers are trying to play a more intrinsic passing game that looks to build attacks from the defence. However, there must be vast improvements in transition, which at the moment is too slow. That said, this Indian outfit will be an attacking one; a fact accentuated by the presence of just five specialist defenders and four defensive-minded midfielders in Stimac’s first 23-man squad.

India’s defence though will be a concern moving forward despite earning a clean sheet as well as Stimac’s praise after the 1-0 win over Thailand. Even though the backline’s performance was an improvement from the previous game, a more clinical opposition would have found the back of the net. Having said that, it was a better showing than their dismal first-half display against Curacao, who scored thrice. The best defender on the pitch was Adil, one of Stimac’s fresh additions to the squad. The fact that 30-year-old Adil hasn’t played in the backline at any level for two years doesn’t make for good reading and points at a dearth of talent in defence.

The midfield is the future

The midfield, on the other hand, is looking strong with intense competition for places within the squad. Brandon and Sahal are two special talents that offer the team something different moving forward in attack. However, they tend to fade in matches and are still very inexperienced at the international stage. The Blue Tigers also have grafters in the form of Raynier Fernandes and Amarjit Singh, while the likes of Soosairaj, Lallianzuala Chhangte, Jackichand Singh and Udanta Singh have pace to burn. Vinit Rai and Anirudh Thapa are the other two youngsters that make up a solid and exuberant midfield unit for India.

As far as the frontline goes, Chhetri – India’s all-time leading goal-scorer – is still the country’s premier striker at the age of 34. Off the mark straight away in the Stimac era, perhaps the Croatian’s biggest challenge in his time with the Blue Tigers will be how to replace the legendary Chhetri, who’s now in the twilight of his career. India must find a worthy successor to Chhetri before he hangs up his boots, but the recent displays of forwards Balwant Singh, Farukh Choudhary and Manvir Singh don’t exactly inspire confidence. With Jeje Lalpekhlua as well as Ashique Kuruniyan recuperating from injury and the jury still out on Jobby Justin, finding a striker in the ilk of Chhetri could eventually make or break his reign as national team head coach.

145.9 million euro loss: AC Milan post record
Georginio Wijnaldum: ‘We have to learn’
It is not all over for Barcelona despite their exit from the UCL