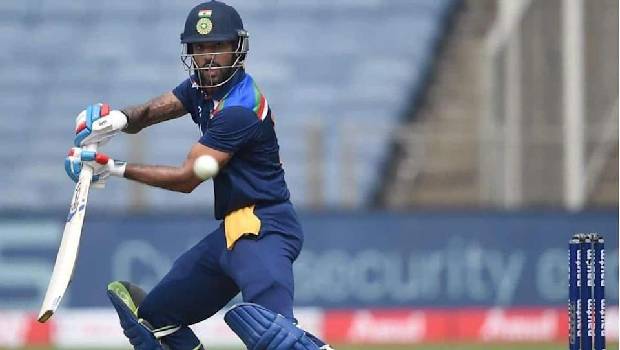 India won the first ODI against Sri Lanka by 7 wickets and leads the 3 match series 1-0. Brilliant start for the young Indian side in Colombo. Indian skipper Shikhar Dhawan led the team in front with an unbeaten 86 run. Prithvi Shaw (43) and Ishan Kishan (59) supported well with the bat as India chased down the target of 263 runs in 36.4 overs at the R Premadasa stadium.

After winning the toss, Sri Lanka elected to bat first. A late thrive helped Sri Lanka to post a defendable total of 262/9 in 50 overs. Chamika Karunaratne top-scored with 43, who was batting at number eight. Skipper Dasun Shanaka (39) and Charith Asalanka (38) made useful contributions to increase the score.

For India Deepak Chahar, Yuzvendra Chahal, and Kuldeep Yadav bowled well as the three picked 2 wickets each, while the Pandya brothers Hardik and Krunal picked one wicket each.

Opener Prithvi Shaw smashed 43 off 24 balls and helped India to reach fifty runs in just five overs. Debutant Ishan Kishan, also the birthday boy, continued the momentum after Shaw’s dismissal as he played the spinners all around the park. The Left-hander scored the second-fastest fifty for India on his ODI debut.

Captain Shikhar Dhawan hit a fifty on his captaincy debut to lead India towards the win. Debutant Suryakumar Yadav made a good contribution of unbeaten 31 runs, as India reached the target with 80 balls to spare. Prithvi Shaw was awarded the player of the match for his explosive cameo. The 2nd ODI will be played on 20th July at the same stadium.