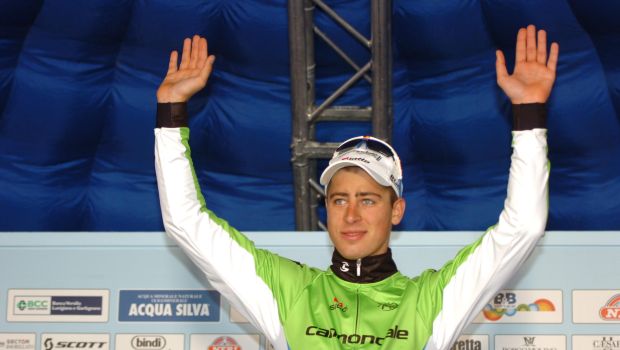 The Slovak bicycle racer Peter Sagan (TotalEnergies) has decided not to compete in the Tour of Flanders race on Sunday. Peter Sagan has opted to undergo a series of tests to understand and make it clear why he is struggling to be competitive in the Spring Classics. Sagan who rides for UCI ProTeam TotalEnergies will ride the next week’s four-day Circuit de la Sarthe – Pays de la Loire. The 2.1 event on the UCI Europe Tour is scheduled to take place from 5th to 8th April in central France. Sagan and his team hope that the daily racing can help him to increase his riding spirit and overcome his problems before the Amstel Gold Race and then Paris- Roubaix, a one-day bicycle road race in northern France.

Sagan has already returned to his home in Monaco, where his medical team will have a check-up and take multiple blood tests. The Slovak rider has no plans to ride in Dwars door Vlaanderen which starts tomorrow. Team TotalEnergies believes that the tests will help and clarify if Sagan’s problems are linked to a lack of pre-season training. Sagan feels that these tests will identify whether he has any specific illness or even the consequences of his second bout of COVID-19.

Sagan went down with COVID-19 for a second time in January and the same forced him to miss a key block of pre-season training. However, he appeared to build a fine form in recent weeks and finished fourth in the sprint in Sovicille. Sagan managed to finish fifth in Milano-Torino but a mechanical problem worsened his chances at Milan-San Remo.

Sagan was only 68th at E3 Saxo Bank Classic and struggled a lot to finish well in Gent-Wevelgem. He had been optimistic about playing a role in both races. However, despite not being sick, he lacked the power and energy in the decisive moments of the race.

Sagan will be replaced by Geoffrey Soupe in the Tour of Flanders. The French rider Soupe is a loyal teammate of team leader Anthony Turgis. The 34-year-old Frenchman looks in good touch as he finished second at Milan-San Remo and 13th at the E3 Saxo Bank Classic.

Peter Sagan accepted that the pressure to win is greater in recent times. The 2018 UCI Mountain champion claimed that he is immune to pressure from outsiders. Sagan stated that another person can only tell him some facts, and say what he wants and thinks.