Posted by Dafabet Sports on November 2, 2021 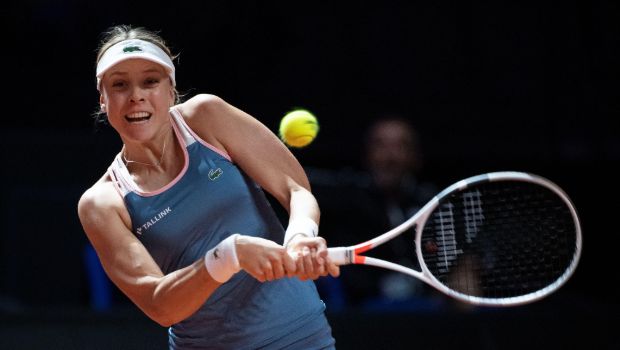 Anett Kontaveit won the inaugural Transylvania Open with a straight-sets victory over home favorite Simona Halep. The Estonian player defeated Halep 6-2, 6-3 to clinch the title in Cluj-Napoca, Romania. The No.2 seed did not drop a set in the entire tournament. Anett Kontaveit played brilliant power tennis to beat Simona Halep in the final. The 25-year-old Kontaveit took 70 minutes to claim her fourth title of the season, all of which have come in her last seven tournaments.

Anett Kontaveit had won 26 of her last 28 matches in the last 10 weeks. Kontaveit secured six titles this year, which is currently the joint-most on tour alongside world no.1 Ashleigh Barty. Anett Kontaveit sealed a spot at the WTA Finals by winning the Transylvania Open. She is the eighth and final qualifier to the season-ending finals in Mexico. Kontaveit will join Aryna Sabalenka, Barbora Krejcikova, Karolina Pliskova, Maria Sakkari, Iga Swiatek, Garbine Muguruza, and Paula Badosa in the field.

The Estonian player won 70.6 percent of points behind her first serve, while Halep had just 44.1 percent. Kontaveit broke three times in a one-sided first set. It looked like to be a tight final early on as both players traded holds in the first two games. Halep produced a breakpoint with Kontaveit serving at 1-all. But the no.2 seed dug out the hold for 2-1 and broke for 3-1. Kontaveit never went behind until she secured the first set after 28 minutes of play.

Simona Halep started building some momentum and jumped to a 2-0 lead in the second set. But Kontaveit fought back strong and won five games in a row to build a 5-2 lead. Halep played her best to take a few match points and closed the gap to 5-3. Finally, Kontaveit shifted her gear and served it out in the next game. Both players finished with similar unforced errors, Kontaveit with 28 and Halep with 29. But the big-hitting Kontaveit hit more winners in the match, 21 to 9.

Simona Halep had not dropped a set in three previous meetings with Kontaveit. But the former world no.1 was soundly beaten and missed out on the fourth title on home soil. Following an injury-marred year, Halep has not won a title since September 2020. Halep was playing her first WTA final in more than 13 months. Transylvania Open was the 40th WTA final of her great career, and she is now 22-18 in those.