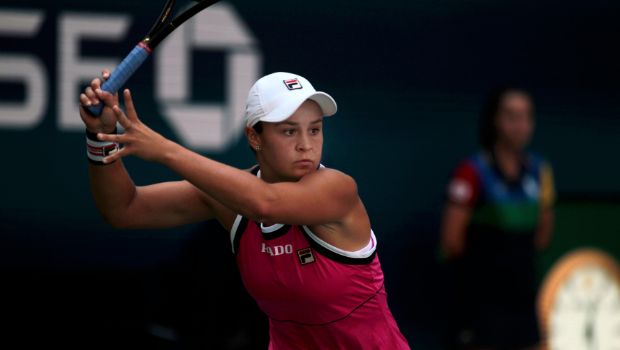 Tennis is just few days away from returning to the sunny Indian Wells. The Indian Wells Masters also called as the BNP Paribas Open is scheduled to play from 9th to 20th March 2022. The 2022 Indian Wells tournament is the 48th edition on the men’s Masters 1000 event. On the other side, it is 33rd of the women’s WTA 1000 event. The tournament was called off in 2020 due to COVID-19 outbreak. Cameron Norrie of Great Britain and Spain’s Paula Badosa lifted the biggest titles of their careers in the last edition.

World No. 1 Ashleigh Barty announced on Thursday that she will miss both the Indian Wells Open and Miami Open. Barty revealed that unfortunately her body has not recovered the way that she hoped after the Australian Open. Three-time major champion admitted that she has not been able to sufficiently prepare for both the events. The Australian ace stated that she is not at the necessary level to win these events. As a result, Barty has decided to withdraw from both the tournaments.

Barty expressed that she loves playing in these events. But the Australian Open champion insisted that her main focus is to get her body and fitness right. Barty admitted that her aim is to return on time to win the Billie Jean King Cup for Australia. Barty will represent her nation in the BJK cup qualifying event, which begins on 15th April. Australia is set to play a home tie against Slovakia.

Withdrawals of both top-ranked players have helped Anna Bondar and Oceane Dodin to move into the main draw. The BNP Paribas Open recently announced that 2018 champion Naomi Osaka and 2020 Australian Open winner Sofia Kenin have accepted the wild cards into the women’s main draw.

In the men’s event, all eyes will be on Australian Open champion Rafael Nadal. The Spaniard is set enter the Indian Wells Masters with great confidence as he has 15-match winning streak. Nadal who won this tournament in 2013, will be hoping to put his hands on the trophy after a gap of nine years. The 21-time Major Champion will look to continue his unbeaten streak as five-time champion Novak Djokovic is unable to participate due to his unvaccinated status.