Posted by Dafabet Sports on November 8, 2021 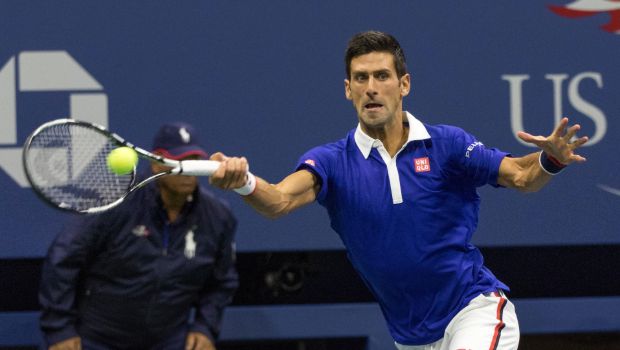 Novak Djokovic won a record 37th Masters Crown by beating Daniil Medvedev 4-6, 6-3, 6-3 in the finals of the Paris Masters. The World no.1 Novak Djokovic extended his record for a sixth Paris Masters title after securing a victory against the Russian. Novak Djokovic gained an act of great revenge over his opponent, who dashed his dreams for a Grand Slam when he beat him in the US Open final in September. The 34-year-old Serbian star is guaranteed to secure the year-end world no.1 spot for a record seventh time.

Novak Djokovic moved one clear of 20-time Grand Slam winner Rafael Nadal for Masters Trophies, and nine ahead of Roger Federer. Djokovic is now 6-4 up overall against the 2nd ranked Medvedev, who is pushing hard to dethrone him in world tennis. The Serbian took some time to break the Russian’s sturdy defense. Djokovic was unstoppable once he found his rhythm.

It was an exciting contest between the top two players in the World. Medvedev looked strong early but top-seeded Djokovic grew in confidence and withstood punishing rallies. Djokovic’s double break against the defending champion gave him a 5-2 lead and the chance to serve for an 86th career title. Medvedev was swamped in the decider set and bowed out of the contest when the Serbian smashed a superb forehand winner down the line.

Novak Djokovic, who was a set down made a good comeback to win the next two. Medvedev broke early in the first set as Djokovic made a flurry of unforced errors. However, Djokovic leveled for 2-2 but Medvedev stole his serve again and moved up 4-3 with a sliced backhand at the net. The Russian held the serve twice to grab the first set when his opponent returned long.

Djokovic fought back and found his momentum in the second set. He went 3-1 up as Medvedev buried a backhand into the net. Djokovic served and volleyed to save a breakpoint at 5-3. Medvedev gave a tough fight and set up a third with a spectacular block at the net. But the Serbian’s first serve again came to the rescue. In the end, Djokovic took the match into a decider set with an ace on his third set point.

Djokovic broke for 3-2 when Medvedev made three unforced errors by Medvedev. A few moments later, he stole his opponent’s serve again and moved 5-2 up. Serving for the match, Djokovic gave Medvedev too much space and also gifted the Russian a break back to 5-3. Finally, Djokovic won a thrilling long rally with a forehand winner deep into the left of the court.