Posted by Dafabet Sports on November 9, 2021 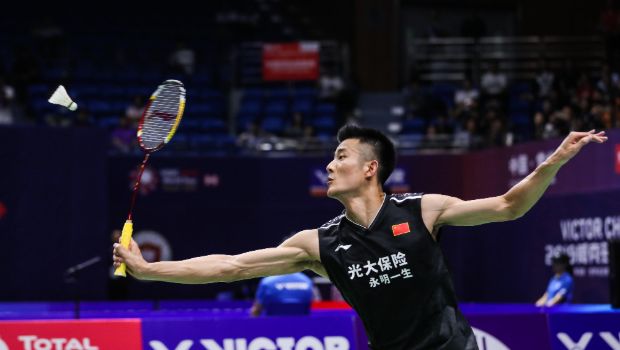 Loh Kean Yew won the Men’s singles title after Lee Zii Jia retired in the finals. Kean Yew was brilliant on the court and won his first career BWF World Tour Super 500 title. Kean Yew led the match 19-21, 21-13, 17-12 when Lee retired due to a back injury. Loh Kean Yew scripted history by becoming the first-ever male shuttler from Singapore to win a Super 500 event. The 24-year-old Kean Yew, currently ranked 39th in the world, recently defeated the second-seeded Lee in the opening round of the French Open last month. He stunned Lee in straight games.

The Malaysian shuttler Lee started well and had the upper hand in the first game. Lee proved to be the stronger of the two with speed returns and placements. Lee delivered pinpoint smashes that caused Kean Yew all sorts of troubles. Lee took the first game with his clever play. The crowd expected Lee to dominate and win the second game as well.

But Kean Yew was not intimidated by the situation and fought back with confidence. Kean Yew gained the momentum and was in complete control of the second game. He was excellent with his solid defense and made Lee make unwanted errors. Finally, Kean Yew forced a decider by winning the second game.

In the decider game, with Kean Yew leading, world no.8 player Lee picked up a back injury. A few moments later, Lee was forced to retire due to the injury. Loh Kean Yew bagged prize money of $32,400 and 9,200 ranking points by winning the Men’s singles title in Germany.

For the second time, Kean Yew had defeated Lee, who is Malaysia’s best male singles player since Lee Chong Wei. Kean Yew and Lee were childhood rivals, but Kean Yew moved to Singapore when he was 13. Kean Yew had spent month training with Olympic gold medallist Dane Viktor Axelsen and that training has paid off.

Loh Kean Yew served as a transport operator in the army during his National Service. He played for the Singapore Armed Forces Sports Association and also won SAFSA’s best sportsman award in 2018.