Posted by Dafabet Sports on December 1, 2022 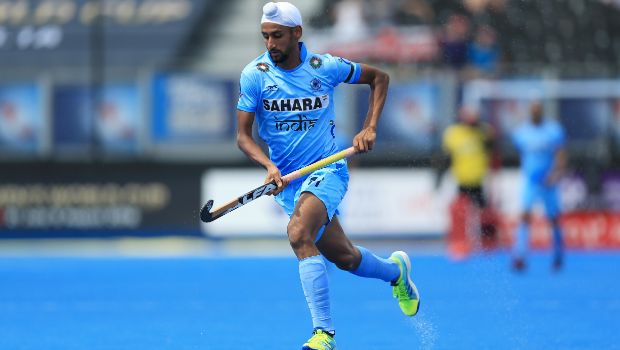 The famous win has also kept the five-match series alive, with Australia leading 2-1. Fans witnessed a late drama in the Third Test as three goals were scored in the last three minutes, with the Indian men having the last laugh. The fourth match will be played on Saturday and the final on Sunday.

It was Mandeep Singh who set up forward Akashdeep Singh to score the winner for India with just 54 seconds left to play. The other three goals were scored by skipper Harmanpreet Singh (12′), Abhishek (47′), and Shamsher Singh (57′). Australia’s goals came from the sticks of Jack Welch (25’), Aran Zalewski (32′), and Nathan Ephraums (59′).

Both the teams started on a patient note, trying to keep their defense intact while looking for counter-attacks. Australia had the first chance to score an opener but Krishan Bahadur Pathak denied the host with some desperate goalkeeping. The visitors took the lead in the 12th minute from a penalty corner (PC) through Harmanpreet, who went for placement rather than brute power.

A few moments later, P R Sreejesh produced a triple save from a penalty corner before Surender Kumar kept the ball out. Australia drew level in the 25th minute when Welch scored his third goal of the series. Australia continued to press hard and earned back-to-back penalty corners after the break but failed to score.

Zalewski then scored through a well-executed PC at the start of the third quarter. However, India remained calm and earned an early PC in the fourth quarter. Abhishek deflected the ball from a close range into the Australian net. With just four minutes left, India won their fourth PC and Shamsher picked up a rebound off Jugraj Singh’s drag flick to score India’s third goal.

The final few minutes were intense, with Ephramus scoring the equalizer through a PC in the 59th minute. But Akashdeep’s final-minute goal ensured a morale-boosting win for India.