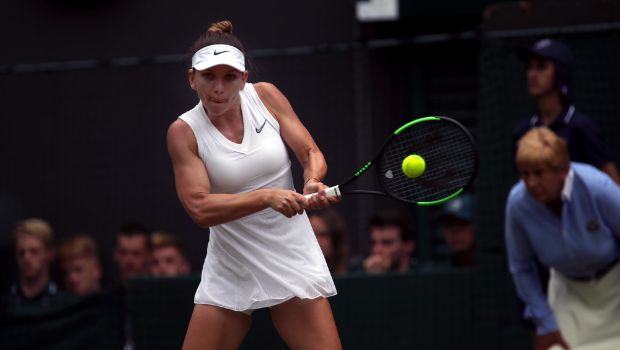 In the first notable upset of the US Open 2022, qualifier Daria Snigur from Ukraine produced a masterclass to stun the former world no.1 Simona Halep in the first round. The Romanian player, Simona Halep was one of the favorites to win the 2022 U.S. Open women’s singles title, but the two-time major champion fell at the first hurdle as she was stunned by the world No.124 Snigur at Louis Armstrong Stadium. Playing in her maiden Grand Slam main draw, Snigur shocked the world No.7 in the first set. But Halep bounced back to level in the second set before the youngster wrapped up a 6-2, 0-6, 6-4 upset win.

Snigur claimed her first tour-level win in style and it could not have come on a bigger stage. The 20-year-old Ukrainian player knocked Halep off the court with a wildly unorthodox style, winning six of the first eight games. The youngster dominated the 30-year-old senior player in every way possible.

Snigur was quick out of the blocks as she broke in the first and third games to take a 3-0 lead in the opening set. But Halep got one break back only for Snigur to open a 4-1 lead courtesy of a third consecutive break. Snigur pocketed the opener with ease, capitalizing on several unforced errors from the Romanian.

Snigur’s form completely fell apart and lost her way badly in the second set. She failed to get on the scoreboard as Halep sealed it in just 24 minutes with a dominant play. But Halep, who won the Canadian Open earlier this month before pulling out of Cincinnati with an injury, failed to maintain that momentum in the decider set.

The tide turned again in the decider as the Ukrainian started to strike winners and match Halep’s quick step defense. Snigur broke in games one and five to take a 5-1 lead. However, Halep produced a comeback by breaking Snigur in the eighth game and fended off two match points in the next game. Halep made it 4-5, but Snigur served out the match and clinched victory when a Halep backhand found the net.

Snigur burst into tears after registering a significant win. She then formed a heart shape with her hands around the Ukraine ribbon pinned to her shirt. In an on-court interview, Snigur said that she was very nervous but tried to do her best. Snigur concluded that she feels very happy.

Kidambi Srikanth and PV Sindhu successfully make it into the BWF World Tour Finals
Tokyo Olympics: Medal hopes in Women’s Doubles rest on Sania Mirza and Ankita Raina
Sindhu’s denies rumors regarding any rift between her family and coach Gopichand