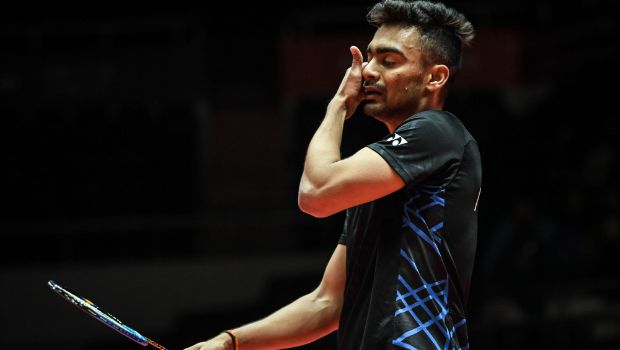 Sameer Verma registered an upset win over Anthony Ginting of Indonesia at the French Open Super 750 in Paris. Verma’s never-give-up attitude helped him to deliver one of his best international results in recent years on Wednesday, defeating world No. 6 Ginting 21-15, 21-23, 22-20 in a hard-fought first-round battle. The 28-year-old Indian shuttler battled well and played with a positive intent to win the match that lasted one hour and 17 minutes. Verma made a remarkable fightback in the deciding game. He saved two match points after being 18-20 down.

The unseeded Verma thus avenged sixth-seeded Ginting for his loss in the Swiss Open in March. With this win, Verma has made the head-to-head record 2-2 against his Indonesian opponent. Verma will face Kunlavut Vitidsarn of Thailand in the second round.
On court three, Verma dominated the first game and cruised to win the opening game. But then, Ginting bounced back to snap the closely-contested second game 23-21. However, in the third game, the world no.31 Verma lived up to the challenge of the Indonesian and clinched the match with a spirited performance.

In another three-game contest, HS Prannoy became the second Indian player to seal his berth in the second round of the tournament with a hard-fought win over Liew Daren of Malaysia in the men’s singles. On court one, Prannoy edged past his lower-ranked opponent 21-16, 16-21, 21-16 in a first-round match that lasted one hour and 13 minutes. Prannoy will be up against Lu Guang Zu of China in the next round.

In another first-round match, Kidambi Srikanth defeated Lakshya Sen in an all-Indian duel to storm into the second round of the French Open tournament on Wednesday. Srikanth, the silver medalist at the 2021 World Championships, defeated junior compatriot Sen in straight games 21-18, 21-18 that lasted for 46-minutes.

This was only the second career match between the top two Indian shuttlers. Sen had previously lost to Srikanth in the semifinals of the 2021 World Championships. The senior Indian player Srikanth will next face the winner of the first-round match between Rasmus Gemke of Denmark and Nhat Nguyen of Ireland.

In men’s doubles, the Indian pair of M.R.Arjun and Dhruv Kapila exited the tournament, suffering a straight-game 15-21, 16-21 defeat to the fifth-seeded Indonesian duo of Fajar Alfian and Muhammad Ardianto. Another Indian pair, Satwiksairaj Rankireddy and Chirag Shetty bounced back from a game down to win 19-21, 21-9, 21-13 against Popov brothers, Christo and Toma Junior, in their first-ever meeting.