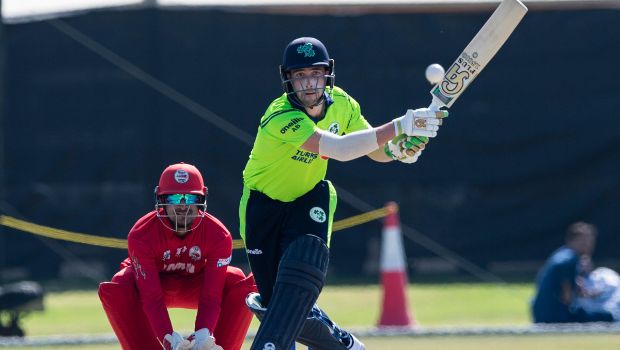 The 2019 ODI World Cup champions England struggled with both ball and bat before being caught short when rain ended the match prematurely at the MCG on Wednesday. Ireland choked one of the pre-tournament favorites by five runs on the Duckworth-Lewis (DLS) method in a rain-interrupted match. But it was a victory forged more by grit than a fortuitous downpour and hardly a lucky escape for an underdog.

Chasing a reachable target of 158, England lost quick and regular wickets because of some intelligent swing bowling from the Irish seamers. The Irishmen kept hitting the good-length area and allowed the overcast conditions to help move the ball both ways. When the game was called off after 14.3 overs due to rain, England was five runs short of the DLS target.

The Irishmen calmly shook hands with their opponents and jumped the fence to greet their traveling fans in the stands. The win was no longer an upset, at least to the victors.

England lost their game against Ireland primarily because some of their seamers bowled terribly in conditions that could hardly have been more favorable to conventional seam. A fresh and grassy pitch actively dictated England pacers should bowl line and length, but they failed to do so. Ireland captain Andrew Balbirnie (62) and Lorcan Tucker (34) gave their side a terrific start by hitting 59 runs from the six-over powerplay. Balbirnie upped the ante, smashing 18 runs off the 10th over bowled by Chris Woakes.

Both added 82-runs and helped Ireland to reach 103-runs in 12 overs. But, the second half of the Irish innings was in sharp contrast though as England bowers found their lengths and rhythm. Ireland went from 92/1 to 157 all out, managing only 65/9 in their last 60 balls. Sam Curran came back well at the end with his death bowling.

In reply, Joshua Little stunned England by dismissing its captain Jos Butler for a duck. Alex Hales fell to an ungainly hoick off a short ball. Fionn Hand then produced the ball of the match to breach the defense of Ben Stokes.

A 38-run off 34-ball stand between Dawid Malan and Harry Brook steadied England’s ship, but the asking rate galloped to 10 an over at the halfway stage. Moeen Ali was on a 12-ball 24 and led England’s decisive charge, needing 53 off 33 balls. But the rain returned to wash out England’s chances.