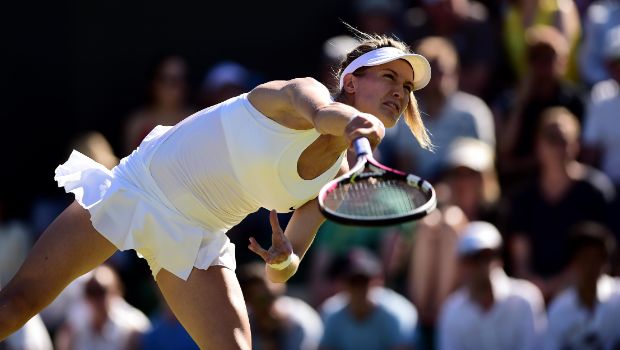 Canada’s Eugenie Bouchard stamped out a second-set fightback from India’s Karman Kaur Thandi to win 6-2, 7-6 (7-2) in the round of 16. Former Wimbledon finalist Bouchard held her nerve to secure a straight-set win and sealed her berth in the singles quarterfinal of the Chennai Open WTA 250 tennis tournament on Wednesday. Indian wildcard Thandi came up with a stiff fight but it was not enough to stop the former World No. 5 in Chennai.

With Thandi’s exit, the Indian challenge in the singles draw came to an end. Earlier, India’s no.1 Ankita Raina was blown away by Wimbledon 2022 semi-finalist Tatjana Maria in their first-round match on Tuesday.

The 28-year-old Canadian was untroubled for a major part of the opening set and looked set to run away with it. But Thandi bounced back to win two games. Thandi, who got the backing of the home crowd, tried her best to level the scores. However, the Indian’s inconsistency cost her the first set as the former world No.5 Bouchard closed out the set 6-2.

After storming to a one-set lead rather easily, Bouchard was made to work hard in the second set by Thandi. The 24-year-old Indian upped the ante and nearly forced a decider, but she was not able to match the intensity and looked fatigued against Bouchard.

From 2-2, Thandi went on to win three games on the trot and looked set to push the match into the decider. She secured the much-needed break in the fifth game to take the lead and looked in command before losing the plot. The Indian served well and the forehand, her strong point, helped win points consistently in the second set before errors crept into her game and saw her surrender the advantage she gained with some promising play.

However, Thandi squandered two set points and let Bouchard back into the game. The Canadian produced a fight back and used her experience to level at 5-all. After the duo held their respective serves, Bouchard continued with the momentum in the tie-break and quickly wrapped it up 7-2.

After sealing her quarter-final spot, Bouchard said it was fun to play even though the crowd was cheering for her opponent. Bouchard’s countrywoman Rebecca Marino, seeded seventh, joined her in the last eight with a 7-5, 6-3 win over Katarzyna Kawa of Poland. Japanese qualifier Nao Hibino also made her way to the quarterfinals with a 6-2, 6-3 win over sixth seed Qiang Wang.