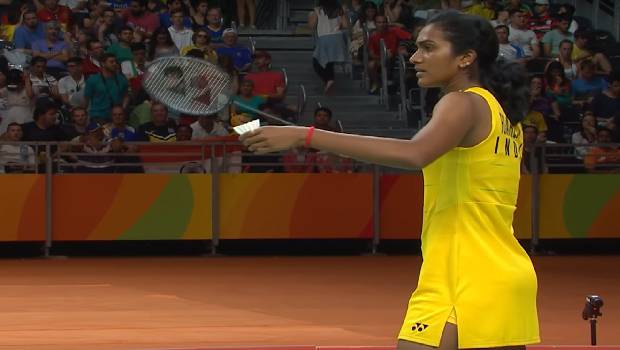 World champion PV Sindhu, was on Tuesday reserved by Hyderabad Hunters for seventy seven lakhs in the auction for the 5th season of the Premier Badminton League. World number one women’s singles Chinese player Tai Tzu Ying Taipei was also bought for joint highest amount of seventy seven lakhs by defending champions Bengaluru Raptors after a bidding war with the Pune seven Aces. The 19 years old finally went to the Chennai Superstarz for a whopping sixty two lakhs. “I am really happy to be a part of the Chennai team. I have many friends in Chennai and I am looking forward to play there.

World 22nd rank doubles ace Ko Sung Hyun of South Korea and World 24th rank singles exponent Lee Cheuk Yiu of Hong Kong were the only other shuttler to cross the fifty lakhs mark as the former went to Awadhe Warriors for fifty five lakhs while the latter was hold by the North Eastern Warriors for fifty lakhs.

Parupalli Kashyap, Commonwealth Games champion in the year of 2014 was the next costliest Indian shuttler to be sold to Mumbai Rockets for forty three lakhs while Lakshya Sen, who won 4 titles in the last 2 months.

One more top Indian shuttle player Praneeth was also taken by Benagluru Raptors for thirty two lakhs. Among other Indian players who were retained by their respective franchises are men’s doubles players Sumeeth Reddy for eleven lakhs by Chennai Superstarz and Chirag Shetty for fifteen lakhs fifty thousand by Pune 7 Aces.

World no nine American women’s singles player Beiwan Zhang too has been retained by Awadhe Warriors for thirty nine lakhs. Young Assamese shuttler Ashmita Chaliha was also bought by her home team North Eastern Warriors for three lakhs. The PBL 5th season lost some sheen after London Olympics bronze medalist Saina Nehwal, who played for North Eastern Warriors in the last PBL, pulled out of the 2020 event and K Srikanth pulled out of the event to focus on their international careers.

Totally 154 players, including Sai Praneeth, Lakshya Sen, and men’s double pair of S Rankireddy and Chirag Shetty, were also part of the auction. The next edition of PBL will see a total of 74 Indian shuttlers in action from 20th Jan to 9th Feb in 2020.