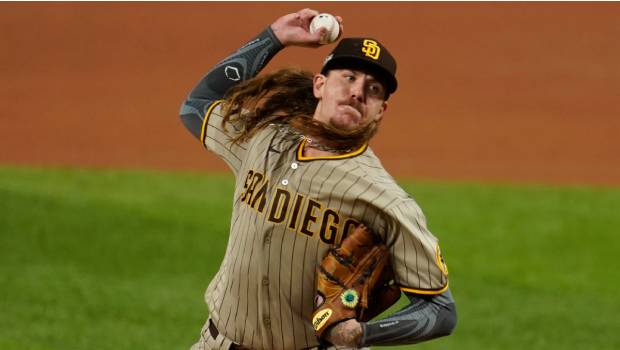 The San Diego Padres on Monday announced that Mike Clevinger will undergo Tommy John surgery and as a result will miss the 2021 season. The management also announced the signing of a two-year deal with Clevinger that provides the team with cost certainty through the rest of his arbitration-eligible seasons.
Clevinger’s new contract with Padres is worth $11.5 million according to Mark Feinsand which was earlier forecasted to be around $5 million.

The Padres released an official statement about Clevinger in which it said the club has signed right-handed pitcher Mike Clevinger to a two-year contract through the 2022 season, Executive Vice President/General Manager A.J. Preller announced today. The agreement includes deferments and performance bonuses while also replacing his remaining two seasons of arbitration eligibility. Additionally, Clevinger is scheduled to undergo Tommy John surgery on Tuesday, November 17th. Clevinger is expected to miss the entire 2021 MLB season.

Clevinger in his four regular season starts for the Padres this season posted a 2.84 ERA (6 ER, 19.0 IP) after being acquired from the Cleveland Indians in a nine-player trade on August 31st. Between San Diego and Cleveland last season, the right-hander in his eight starts had a 3.02 ERA, 40 strikeouts and 14 walks. After his final regular season start against LAA on September 23 he played his only postseason game in the 2020 National League Division Series against Los Angeles Dodgers on October 6 during which he was diagnosed with a right posterior elbow impingement and was removed in the second inning after pitching a hitless, scoreless first.

The news of Clevinger’s surgery now makes it even more true that the Padres are scouting for another starting pitcher in the market. Under these circumstances, it is more likely that Padres would look to rotate their pitching line-up of Zach Davies, Dinelson Lamet, Chris Paddack and any other pitcher that the club will want to add into the squad. The Padres have several options within their team such as Ryan Weathers, MacKenzie Gore and Adrian Morejon which they could turn to if the offseason provides unsatisfying results.

During the past three seasons, Clevinger has accumulated a 2.91 ERA (154 ERA+) with more than 3.5 strikeouts per walk. He’s also got more than 10 Wins Above Replacement during that period as per calculation of Baseball-Reference.