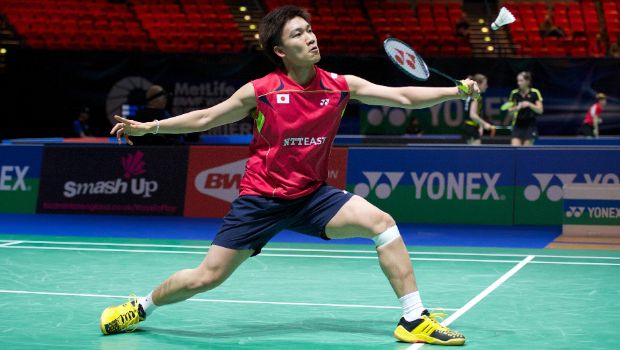 Badminton world no.2 Kento Momota suffered an early exit from the Indonesia Open 2022 after losing his first-round match against Denmark’s Rasmus Gemke. Two-time world champion Kento Momota’s hard and difficult season continued on the BWF World Tour Super 1000 event as he bowed out to Rasmus Gemke in Jakarta. Gemke, currently ranked 13th in the world, defeated the Japanese shuttler 21-19, 19-21, and 21-14 to advance into the next round. The 25-year-old Denmark player battled well to surpass the second-seeded Momota in an 82-minute match at the Istora sporting arena in Jakarta.

The former world no.1 Momota has failed to rediscover his dazzling prime form after being badly injured in a career-threatening car crash in January 2020. Earlier, he lost his opening round match in the Thailand Open last month. Momota then failed to get past the quarter-finals at the prestigious All England Open championship.

After crashing out of the Indonesia Open, Momota admitted that he is very disappointed because he made so many unwanted mistakes in the match. The Japanese player expressed that he will work hard and takes much more practice to get better results in the upcoming tournaments.
The Japanese star has struggled for form since winning the Super 750 Indonesia Masters in November last year. Momota failed to raise his game level and eventually fell to Gemke. Gemke will be against Brice Leverdez of France in the second-round tie.

Leverdez, ranked 41st in the world, stunned all with an impressive 23-21, 21-10 victory over Srikanth Kidambi of India. The Frenchman took just 42 minutes to thrash the world no.11 Indian star. Leverdez held his nerves and delivered his best to clinch his first victory over the Indian shuttler in as many as six attempts.

In the first game, Leverdez went down 10-11 at the halfway mark, but the Frenchman played on cleverly to stage a comeback. In the second game, Leverdez put his best foot forward and hardly allowed his opponent to get a foothold back in the contest.

Earlier in the day, world no.8 Lakshya Sen crashed out of the championship after losing to his Indian compatriot HS Prannoy. Prannoy secured a comprehensive 21-10, 21- 9 win in the men’s singles match that lasted a little more than half an hour. Sen was in no match in front of an aggressive Prannoy. Prannoy played some good shots to register his first-ever win in three head-to-head meetings.