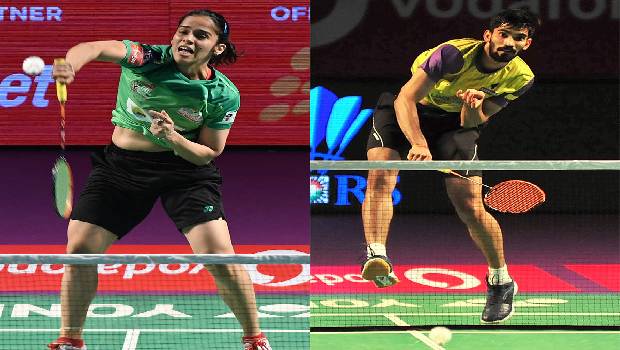 At the Orleans Masters, Saina Nehwal in her opening round match defeated Rachael Darragh of Ireland in straight-set games in the women’s singles and begin the tournament on a winning note. The score at the end of the match read 21-9 21-5. Saina is very much in need of ranking points to qualify for her 4th Olympics. She will be next facing France’s Marie Batomene. Last week due to a thigh injury Saina pulled out from the All England Open Championships opening round.

Number one seeded India’s top male shuttler Kidambi Srikanth made his progress to the third round. He faced fellow compatriot Ajay Jayaram and won him by 21-15 21-10.

Pranaav Jerry Chopra and N Sikki Reddy in their mixed doubles pair match defeated Dominik Stipsits and Serena Au Yeong of Austria by 21-7 21-18. Next the Indian duo will be facing off Denmark’s Niclas Nohr and Amalie Magelund.

India’s Kiran George earlier on Tuesday stunned Netherland’s Mark Caljouw in a thrilling opening-round match that ended in a score of 13-21 21-18 22-20 while Mithun Manjunath by scoring 21-14 21-10 prevailed Lucas Claerbout of France. But Subhankar Dey was unsuccessful in defeating Ditlev Jaeger Holm in the opening round of the tournament.

Meanwhile, on Tuesday an unnamed Indian woman shuttler had to withdraw from the ongoing Orleans Masters since a team member tested positive for COVID-19.

BWF said in its official statement that an Indonesian women’s doubles pair have decided to withdraw from the tournament on Monday after one of their players tested positive for the PCR test conducted. A total of three players has been withdrawn from the event which began with the qualifiers in Paris.

The statement also mentioned an Indian shuttler from the women’s singles category had withdrawn after one of their team members tested positive for the PCR test.

After identifying the player as a close contact to the positively tested individual the board had adviced her to self-isolate in her hotel room to avoid spreading the disease. The BWF has not yet revealed the identity of the players.