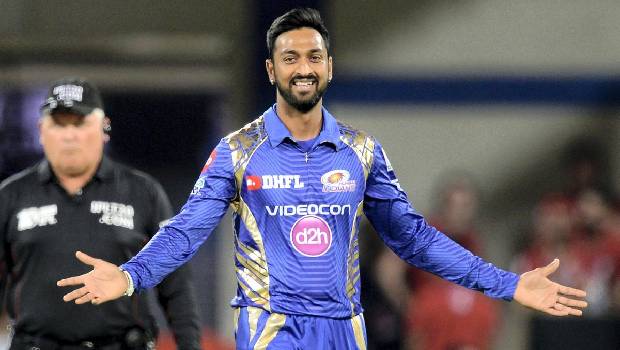 One of the most powerful visuals of the India vs England 1st ODI was Krunal Pandya breaking down in the mid-innings interview after smashing the fastest ODI fifty on debut. Krunal wasn’t able to hold back the tears as he dedicated the knock to his late father Himanshu Pandya.

After the scintillating win, Krunal tweeted further explaining what he felt for his father and thanked him for being his pillar of support and strength throughout the ups and downs of his career.

“Papa, with every ball you were always on my mind and in my heart. Tears rolled down my face as I felt your presence with me. Thank you for being my strength, for being the biggest support I’ve had. I hope I made you proud. This is for you Papa, everything we do is for you Papa,” tweeted Krunal.

The eldest of the Pandya brothers came in to bat when India was losing regular wickets as a 300 target seemed a distant dream. But Krunal right from the get-go showed his intent by scoring three fours in an over from Sam Curran. Krunal scored 58 runs from just 31 balls on the back of 7 fours and 2 sixes and surpassed New Zealand’s John Morris (35 balls) record for the fastest ODI half-century by a debutant. India posted 317 for 5 wickets thanks to the 112-run unbroken partnership between Krunal and KL Rahul (62*).