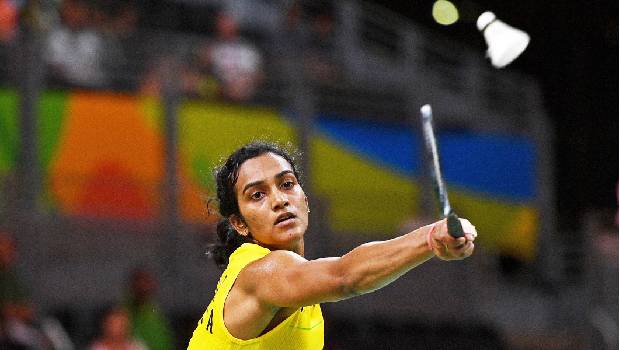 India’s PV Sindhu and Kidambi Srikanth were successful in winning their respective Single’s games and progressed to the Round of 16 at the Swiss Open Super 300 tournament. Sindhu defeated Turkey’s Yigit Neslihan by 21-16 21-19 in her first-round match. Their encounter wrapped out soon in 42 minutes. Srikanth on the other hand faced compatriot Sameer Verma who showed immense grit and made it tough for him. Srikanth ultimately took the victory after a hard fight. The second-seeded Sindhu will next face Iris Wang of the USA in her Round of 16 matches on Thursday.

Srikanth is an Olympic hopeful for India in Tokyo Olympics this year. He will next face France’s Thomas Rouxel in the Round of 16. Rouxel defeated Canada’s Xiaodong Sheng in his first-round match by 21-18 21-14 to progress.

Sourabh Verma also tasted victory in his first-round match against Switzerland’s Christian Kirchmayr 21-19 21-18. In the Round of 16, he will face Thailand’s Kunlavut Vitidsarn. While Ajay Jayaram too won his first-round match against Thailand’s Sitthikom Thammasin by 21-12 21-13. Ajay will next face third seed Rasmus Gemke of Denmark in the Round of 16.

Asides from the other Indians H S Prannoy made an early exit from the tournament after losing to France’s Mark Calijouw 19-21 21-9 17-21 in his men’s singles first-round match. On the other hand, India’s mixed doubles pair of Satwiksairaj Rankireddy and Ashwini Ponnappa notched their first win of the tournament in the opening round by 21-18 21-10 against the world no 8 Indonesian pair of Hafiz Faizal and Gloria Emanuelle Widjaja. Earlier in January Satwik and Ashwini had defeated the Indonesian pair at the Toyota Thailand Open Super 1000 event. The Indian pair managed to reach the semifinals round during the tournament.

The pair will also face yet another Indonesian pair Rinov Rivaldy and Pitha Haningtyas Mentari in their next match. The mixed pair have claimed better results since they started training under new foreign coach Mathias Boe for the last one month. In the men’s doubles category Satwiksairaj Rankireddy and Chirag Shetty also clinched victory in the first-round match against Scotland’s Christopher Grimley and Matthew Grimley by 21-18 19-21 21-16.