Satwik-Chirag target top-8 return despite ‘a lot of pressure’ 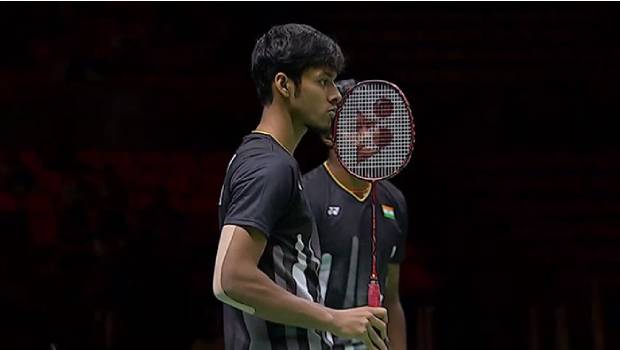 Chirag Shetty and Satwiksairaj Rankireddy after the 2019 July-August and October win of badminton doubles in the HSBC BWF World Tournament of Super 500, and Yonex French Open title, the Indian representatives have plans to raise to the bar for Tokyo Olympics 2020.
When the Mumbai and Andhra Pradesh badminton doubles players asked about the 2019 successful partnership, the players said that success does not just piles other expectations, but also after every wins the personal expectation and targets will also increase as a joint pressure and as a person.
Among the partnered badminton players Rankireddy is in the charts from 2015 and Shetty since 2016. A read between the lines understanding between the players while discussing the 2020 Olympic “pressure” showed responsibility. Rankireddy and Shetty aim a draw with a calm mind that could get them into the 2020 Olympics list.
At the July-August 2019 Thailand Open 500 tournament, the Indian doubles team won the debut win against the world champions. Shetty and Rankireddy beat Li Junhui and Liu Yuchen at the finals, with a score 21-19, 18-21, 21-18, against the Chinese aces. Surprisingly, Chirag Shetty and Satwiksairaj Rankireddy still had plans, soon the badminton players were doubling the French Open tournament in the same year and banner.
Another world champions Indonesian doubles badminton players who had the title for consecutive 3 years, lost to the Indian duo’s at Paris Stade Pierre de Coubertin arena as 21-18, 18-21, 21-13. Chirag Shetty the 22 years old had won 142 games in both the men’s doubles and mixed doubles matches, and Satwiksairaj Rankireddy 19 years old had won 196 under the men’s doubles and mixed doubles category.
The Indian badminton duos who are already towards the 2020 Tokyo Olympic maps with the current ranks, the players are pushing to the top 8 with, draws in the forthcoming games. Shetty and Rankireddy were playing against each other for the Premier Badminton League by Chirag representing Pune and Satwiksairaj for Chennai earlier in January 2020.
The Indian badminton players shared that from different partners they could learn techniques, Chirag had doubled with the experienced Indian partner and Satwiksairaj was with Setiawan the Olympic medallist and All England Champion. About the 2019 success journey, Tan Kim and Flandy Limpele were the reasons who had made the right changes at the right time at their style.

Tough going for French tennis players returning to training.
LeBron reminisces Kobe’s unprecedented popularity in China
India crashed out of the 2023 Hockey World Cup after losing to New Zealand in a crossover