Alexander Zverev is out of the Davis Cup Finals, Germany’s captain is happy with the current squad 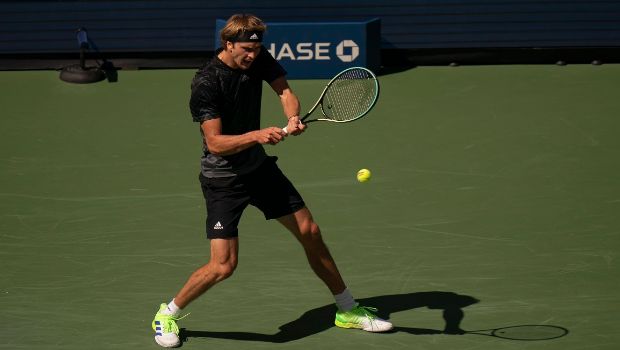 Alexander Zverev’s 2022 season is effectively over as he has not been included in Germany’s squad for the Davis Cup Finals quarter-final against Canada in Malaga in November. The 25-year-old Zverev has been sidelined since June after he tore ligaments in his ankle when he twisted his foot during his French Open quarter-final clash against Rafael Nadal at Roland Garros.

Zverev’s injury forced him to miss Wimbledon and the US Open. But Zverev initially returned to action for Germany at the Davis Cup group stage in September. However, he suffered a major setback as he was diagnosed with bone edema on his right foot. Zverev has dropped to No.6 in the ATP Rankings and he will drop further as he reached the semi-final of the Paris Masters last year. Zverev will also miss the season-ending ATP Finals where he is the defending champion.

The German player has withdrawn from the Paris Masters, which starts on October 31. The German Tennis Federation confirmed on Monday that Zverev is not yet ready or fit to play in the Davis Cup. A statement revealed that at the moment it does not look like Alexander Zverev will be ready for action again until the Davis Cup.

Germany team captain Michael Kohlmann has stuck with the same set of players who were on duty in Hamburg when his side won its group stage 3-0 after clinching victories over Australia, France, and Belgium. Oscar Otte, Yannick Hanfmann, and Jan-Lennard Struff will compete in the singles while Kevin Krawietz and Tim Putz will play in the doubles.

Kohlmann said he is happy to continue with the current squad. Germany’s captain admitted that these players have been convincing and deserve to continue the journey together. He further added that the team has developed an incredible sense of togetherness over the past few years, which, coupled with their playing quality, makes them an uncomfortable opponent for any nation.

The 48-year-old German stated that of course, his side is not the favorite to win the title but they are looking forward to this challenge. Kohlmann concluded that the German team has proved many times that it can compete with the best and like last year they want to reach at least the semi-finals. Kohlmann is confident that his team can upset the Canadians in the quarter-finals.

Canada finished second in their group behind Spain and will likely once again count heavily on Felix Auger-Aliassime, who has won back-to-back ATP 250 titles in Florence and Antwerp.