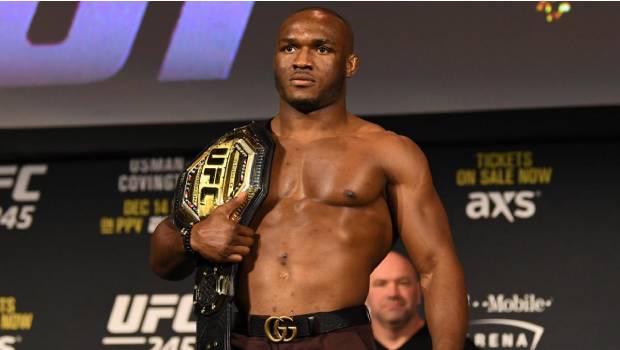 UFC 251 was held in the United Arab Emirates this weekend that had the bout for welterweight championship title has the main event. The in-form Kamaru Usman defended his title in this event against Jorge Masvidal, who was called in at the last minute as a replacement since Gilbert Burns tested positive for coronavirus. Masvidal has also had his best career run in this past 18 months that made him a better contender for the title.

Usman defeated Masvidal in a unanimous decision to retain his welterweight title at UFC 251. Usman overpowered his opponent with better martial tactics during the whole course of the bout. The judges scored the bout in Usman’s favour as 50-45 50-45 and 49-46. Earlier to the bout in a press conference Usman had said he wanted to break Masvidal mentally. This is Usman’s 12th consecutive UFC victory inside the octagon and by this, he has equaled the record with Khabib Nurmagomedov.

In the co-main event, current champion Volkanovski pitted against Holloway in the featherweight division. The bout went neck-on-neck as both the fighters used their talents well equally. The American was strong for the first three rounds, but Volkanovski came up with a few takedowns in the fourth and fifth rounds that saw the Australian win the fight with a split-decision by the judges. This is the second time Volkanovski has defeated the former champion, Holloway.

In other bouts, Makwan Amirkhani defeated Danny Henry with an anaconda chokehold during the first round of the fight. Petr Yan registered victory through a TKO to clinch the vacant bantamweight title against Jose Aldo. Jiri Prochazka defeated Volkan Oezdemir with a splendid knockout, while Tybura won against Grishin with a unanimous decision. In the welterweight division, Salikhov won the bout against Zaleski with a split-decision.

In the women’s strawweight division Rose Namajunas had her revenge by clinching back her title by a split-decision against Jessica Andrade. Namajunas lost her title in Brazil fourteen months ago to Andrade. Amanda Ribas registered victory against Paige VanZant by a submission hold in the women’s flyweight division. In the post-event press conference UFC President Dana White while speaking about Usman’s impressive victory against Masvidal, he also shared about the possible future for the champion. Dana said Usman will be defending his title against Burns in the coming months.