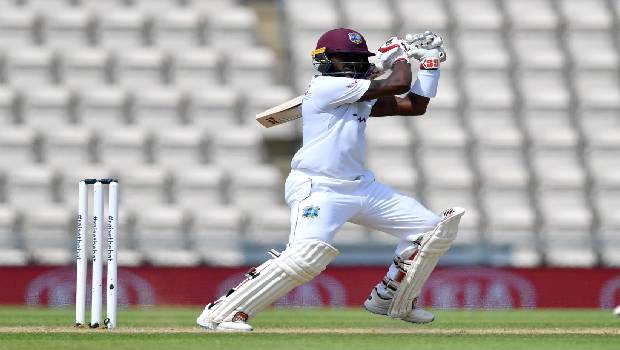 West Indies clinched victory in the first Test match ever played since the return of international cricket after the break due to coronavirus pandemic. They defeated England by 4 wickets at the last of the match, it is the first of the three matches that will be played. The match was expected to be normal and slow like any other Test match, but to many people’s surprise the match turned out to be a thrilling event.

West Indies finished with a score of 200-6 in the second innings to take a 1-0 lead in the Test series. Jermaine Blackwood scored the most runs of 95 among the visitors as John Campbell scored the winning runs. At the start of the second innings, the visitors got into a rough patch by losing 3 wickets in quick succession for just 27 runs. But Chase and Blackwood steadied the ship by putting on a 73 runs partnership before Chase perished to Archer’s splendid bowling.

Blackwood and Dowrich stood for a 68-run partnership for the fifth wicket before Stokes scalped the wicket of Dowrich, later on, England’s stand-in captain Stokes went on to take Blackwood’s wicket also. But England’s bowling was no match for the West Indies batting line-up as the latter secured the win. In the post-match presentation, Holder credited the efforts and performance made by the team in both the departments to win the historic match.

Kapil Dev says he does not believe in plan B and that it makes one weak
World Cup 2019: Mohammed Shami raring to replicate his World Cup 2015 success
Kohli pleased with India's lower-order fightback