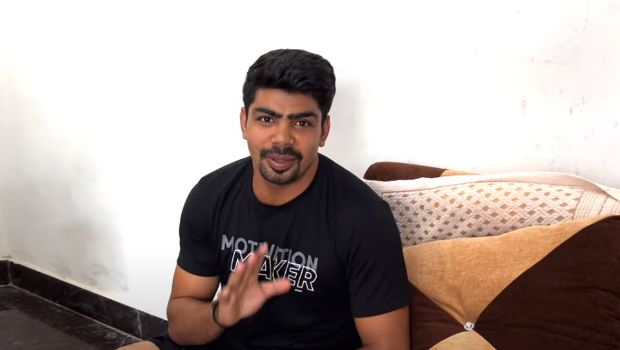 A lot of bidding happened for all the players during the auction for Pro Kabaddi League (PKL) Season 9 earlier this month. All previous auction records were broken in this season. Indian star raider Pawan Sehrawat became the most expensive player in the history of the Pro Kabaddi League. Tamil Thalaivas bought him for a whopping 2.26 crores. Other than this, there was a fierce bidding war for Fazel Atrachali of Iran and India’s Vikash Kandola. The Iranian star defender went to Puneri Paltan while Bengaluru Bulls bagged Kandola.

During the auction, the franchises not only bid for well-known and experienced players. There were also many new faces in whom the franchises expressed confidence. Many new players, who are ready to make a debut in PKL season 9, got a good amount during the auction. All eyes will be on these players as they will look to make a great impact by giving their best performances in the Pro Kabaddi League. Let us know about the top three new entrants who can do wonders in the upcoming PKL season.

Heidarali Ekrami of Iran stands first on the list. The 20-year-old raider was bought by the U-Mumba team for 14 lakhs. The young raider always seems to be more energetic and innovative on the mat. Ekrami has won the Junior World Championship for Iran. Ekrami is a greatly talented player and he will be seen for the first time on a big stage like PKL.

Then comes another Iranian Reza Mirbagheri. Jaipur Pink Panthers spent a significant amount during the auction for Iran’s young defender Mirbagheri. The Jaipur franchise bought Mirbagheri for an amount of 26.80 lakhs. The reason for this is that the 19-year-old defender gave an impressive performance and helped his country to win the Junior World Cup. The Pink Panthers would hope that the Iranian teenager can do wonders and help them lift the trophy once more.

For Ujjwal Singh, the PKL season 9 would be a dream. In the seventh season, Ujjwal worked as a mat boy in the Ahmedabad leg and is now a part of the Gujarat Giants team. He will play as a left cover for Gujarat Giants. Ujjwal will get a chance to learn a lot under Giants’ coach Ram Meher Singh. He trained Pardeep Narwal, who has now become one of the favorites on the mat. Ujjwal would hope to follow a similar path.