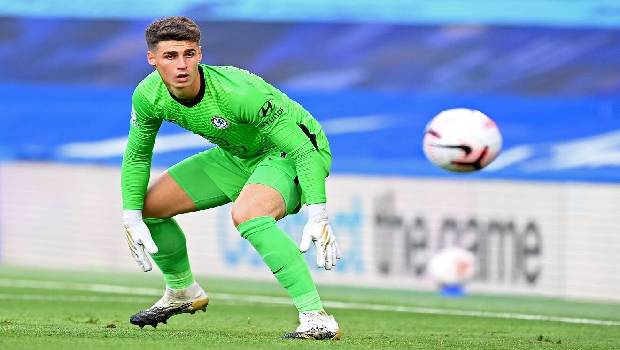 Chelsea defeated Villarreal 6-5 on penalties to win the UEFA Super Cup at Windsor Park. Earlier the game ended in a 1-1 draw after the regular and extra time. Chelsea coach brought on Kepa Arrizabalaga as a substitute in the extra time. Kepa turned as the hero with two excellent saves in the penalty shoot-out. He saved the spot-kicks from Captain Aissa Mandi and Raul Albiol to clinch the victory.

The winners of the Champions League and Europa League played for the UEFA Super cup trophy in Belfast. Chelsea won the UEFA Super Cup for a second time. Chelsea head coach Thomas Tuchel surprised everyone by changing the goalkeepers just a few minutes before the shoot-out. He brought on Kepa Arrizabalaga in place of Edouard Mendy, who proved Tuchel’s decision was right.

Chelsea began the final night superbly with a commanding performance in the first half of the game. Villarreal’s goalkeeper Sergio Asenjo denied an early opener for Timo Werner with his reflexes. Chelsea players continued to attack the Spanish opponents.

Chelsea midfielder Hakim Ziyech out showed his fine form by scoring the opener in the 27th minute. Ziyech redirected a perfectly measured cross from Kai Havertz that went past Asenjo to take Chelsea to a 1-0 lead. However, Hakim Ziyech nicknamed “the Wizard of Amsterdam” was forced to leave the field due to a shoulder injury. Ziyech had a nasty collision with the Spanish defender Juan Foyth and injured his right shoulder. Christian Pulisic replaced Ziyech before half-time.
Villarreal players started to play hard with more shots at the target but failed to level the scores. Finally, the Spanish striker Gerard Moreno scored the equalizer in the 73rd minute. Gerard Moreno completed the goal with his side-foot after a clever back-heel assist from Boulaye Dia. It was Moreno’s eighth goal in his last nine appearances for Villarreal.

Both teams tried to score a winner but none made it till the end of the regular 90 minutes and the game went for extra time for the fourth consecutive year. The final moved on to the penalty shoot-out to decide the Super cup winner.