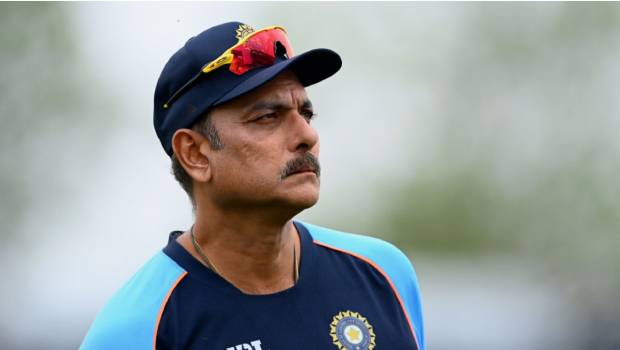 Indian cricket team head coach Ravi Shastri is most likely to resign his post after the ICC T20 World Cup. The T20 world cup will be played in the UAE from 17th October to 14th November this year. Ravi Shastri was re-appointed as the Indian team coach after the 2019 World Cup and his coaching tenure ends after the ICC T20 World Cup. The former Indian all-rounder has informed the BCCI that he will not continue in the post once his current contract ends.

Reports say that his entire support staff could be leaving as well. This means bowling Coach Bharath Arun, batting Coach Vikram Rathour, and fielding coach R Sridhar are unlikely to be seen in the dressing room since their contracts also expire at the same time. BCCI is planning to rebuild the entire coaching setup after the conclusion of the T20 World Cup.

Ravi Shastri was appointed as the head coach for the first time in 2017 when veteran spinner Anil Kumble stepped down from the position after a loss against Pakistan in the ICC Champions Trophy final. Men in blue have failed twice to win an ICC event under Ravi Shastri’s tenure.

Many are delighted that Ravi Shastri’s exit could clear the path for Rahul Dravid to become India’s head coach. Indian batting legend Rahul Dravid has worked hard on preparing a powerful bench strength for the main squad while coaching the India A and India Under-19 squads. BCCI has said that there is every possibility for placing Dravid in the head coach position.