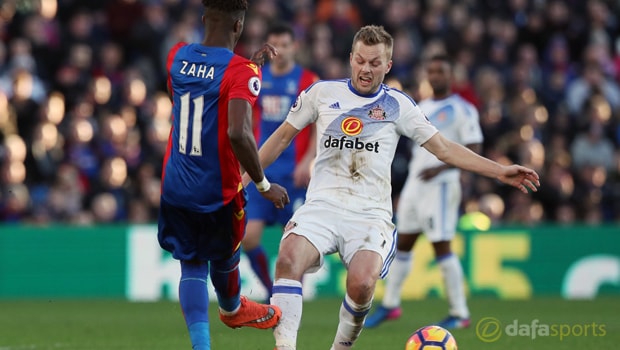 The Black Cats currently prop up the Premier League table but the fight for survival is really starting to hot up in the second half of the season.

Sunderland, who are priced at 1.30 to be relegated, are just two points from safety, with the likes of Palace, Hull, Swansea, Leicester and Middlesbrough all in the mix.

Boro currently sit in 15th but boast just 21 points while Bournemouth are the next best team with a five-point advantage.

David Moyes’ men picked up a valuable 4-0 victory over Crystal Palace last weekend but the teams around them also claimed positive results.

However, Larsson believes Sunderland’s experience of scrapping it out at the wrong end of the table makes them a side to be feared.

The Swede feels there are six or seven teams still capable of losing their Premier League status and insists there is a belief at the Stadium of Light that they will avoid being in the bottom three.

Larsson said: “I suspect, when those teams look at the table and see Sunderland’s name, they will be worried.

“We believe we will survive and I think that should scare the teams around us a little bit.”