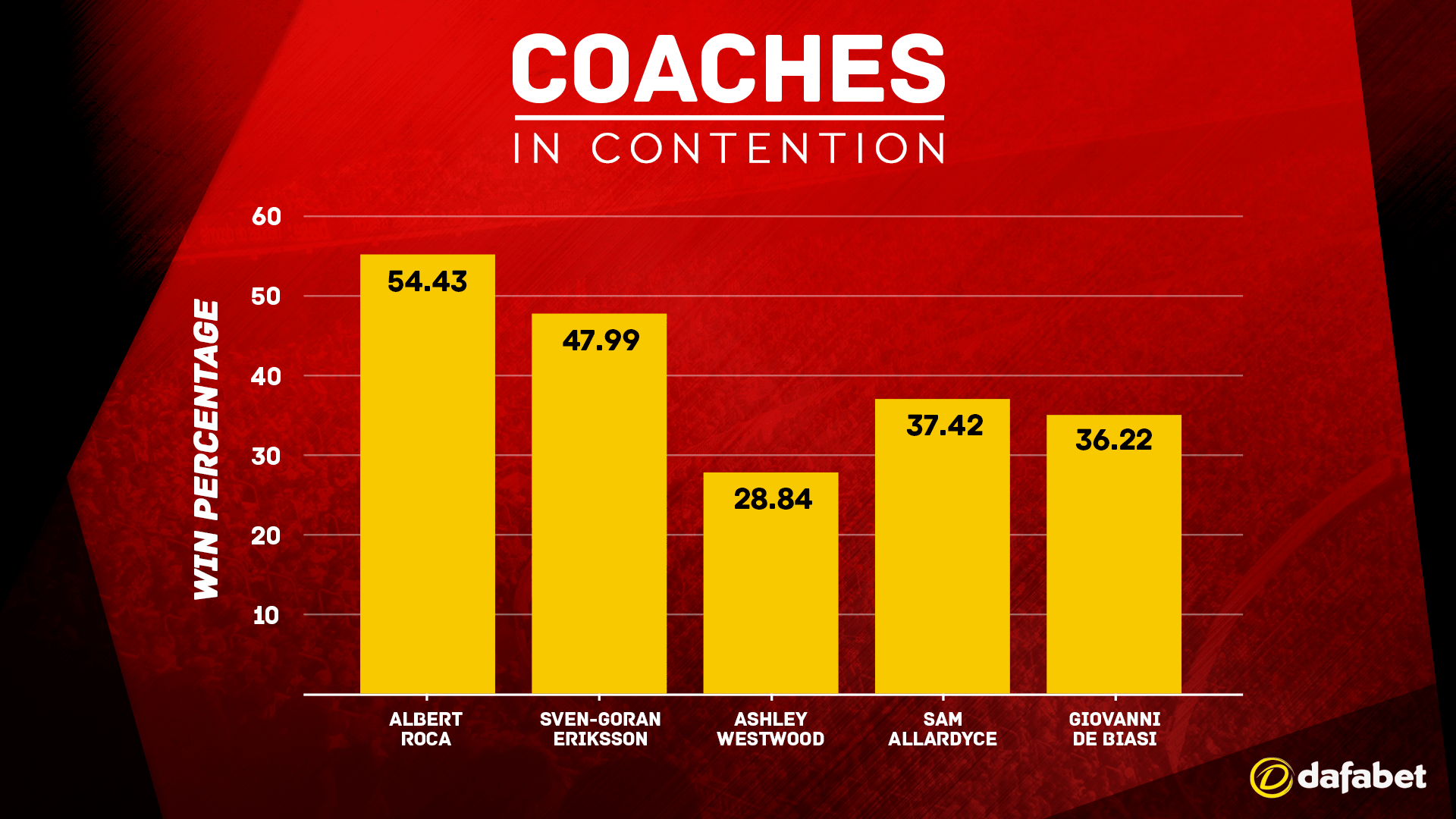 After India bowed out of the 2019 AFC Asian Cup in heart-breaking fashion, head coach Stephen Constantine announced his resignation from the team. The Englishman served as manager for the national team for four years and did a largely effective job, taking the country to their highest-ever FIFA ranking in recent times while also guiding them to their first Asian Cup participation in eight years.

However, the time has now come for the All India Football Federation (AIFF) to appoint a new coach to lead the nation to even greater heights. Over the past few months, plenty of high-profile names have been earmarked to take the hot-seat. Here we look at which gaffer stands as the most likely candidate to lead the Blue Tigers.

A prime candidate and one favoured by many to take the mantle, Albert Roca has all the qualities to take India to the next level. The former Barcelona assistant coach likes to play an attacking brand of football with an emphasis on possession and off-the-ball movement. His best claim for the position of India’s head coach will be his experience with Hero Indian Super League (Hero ISL) side Bengaluru. Roca spent two years with the Indian side, leading them to the final of the 2017-18 campaign of the Hero ISL, before clinching the inaugural Hero Super Cup in 2018. Looking at Roca’s credentials, the Spaniard will definitely be considered as a prime target.

One of the most high-profile names on the list, Sven-Goran Eriksson has a wealth of experience managing a number of well-renowned national teams and clubs. His most memorable stint came with the England national team when he guided the golden generation to the quarter-finals of the 2006 FIFA World Cup. Eriksson’s teams have usually been pragmatic in their approach, employing a counter-attacking style of football. His last job as coach was with the Philippines national team, where he led the team to a second-placed finish in the 2018 AFF Championship. However, if rumours are to be believed, the Swede only has an outside chance of attaining the job.

Another face who is no stranger to Indian football, Ashley Westwood is also believed to be in the reckoning for the post of India’s new head coach. The 42-year-old is most renowned for his role with Bengaluru FC where he delivered two Hero I-League trophies and one Federation Cup in a span of three years. Westwood has largely been credited for laying the initial groundwork for the South-Indian side, with an emphasis on the physical conditioning of the players. The Englishman also had a brief stint with Kolkata-based side ATK during the 2017-18 campaign. Given his experience in the Indian top flight, it wouldn’t be a surprise to see him take over the mantle.

Sam Allardyce’s emergence as one of the contenders for the post of head coach sent shockwaves among the Indian football fraternity. The 64-year-old is known for his exploits in the English Premier League, managing a series of clubs including Everton, Bolton Wanderers and Newcastle United to name a few. His ability to get teams out of a relegation scruff has made him one of England’s most recognisable managers. However, he has found himself in the bad books more often than not.

In 2016, he was stripped off his position as England coach after only one game in-charge. This coupled with the fact that Allardyce prefers employing a defensive approach might not align with India’s preferred style of football.

Considering his accolades and the plethora of high-profile clubs managed, De Biasi will undoubtedly be a top contender for the vacant role. The Italian coach has been in charge of clubs such as Udinese, Brescia, Torino, Levante and Alaves. His most significant achievement, however, has been taking Albania to their first-ever Euro Championship in 2016. While they might not have made it out of the group stages, they still gave a good account of themselves. With De Biasi renowned for forming well-organised teams and bringing up youth, he could turn out to be the ideal candidate for India.