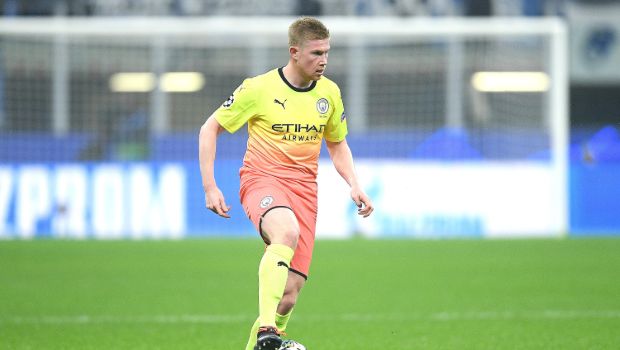 Manchester City inspired a 7-0 rout of Leeds United to register their biggest victory of the season. Manchester City tore Leeds apart with an attacking master-class and increased their lead at the top of the Premier League. Kevin de Bruyne delivered an imperious display and netted twice on his first league start since November 6. The Belgian star recovered from a bout of Covid-19. Phil Foden, Jack Grealish, Riyad Mahrez, John Stones, and Nathan Ake were also on target City ran riot at the Etihad Stadium.

Reigning champions equaled Liverpool’s 1982 top-flight record of 33 victories in a calendar year. In fact, Manchester City could have scored far more than seven goals such as their play with total dominance. City strikers were influenced through the Leeds’ ragged defense. Phil Foden scored the opener inside ten minutes with a clever shot that bounced apologetically into the net. Foden’s goal was Manchester’s 500th in the Premier League in 207 games.

Five minutes later, Jack Grealish timed his run perfectly, and steered a header into the top left corner of the goal. The city never stopped coming forward and De Bruyne joined the party by smashing a low shot that passed Illan Meslier. Kevin de Bruyne his first goal since mid-October. Riyad Mahrez scored the fourth goal at the start of the second half. Mahrez dribbled in from the right and blazed a shot towards the bottom right. The ball took a huge deflection off Firpo and settled into the bottom left.

De Bruyne doubled his score with a firing shot from 25yards. Gundogan covered good ground and came down the left to play across for De Bruyne. John Stones and Nathan Ake scored a goal each in a gap of just four minutes.

Meslier made a good save of Aymeric Laporte’s header, but the ball dropped to Stones. Bad luck for Leeds as Stones lashed high into the net. Ake scored the last one with a fine header. Foden hit from the long corner. Ake jumped unchallenged from eight yards out and finished with an excellent header that settled into the bottom left corner.