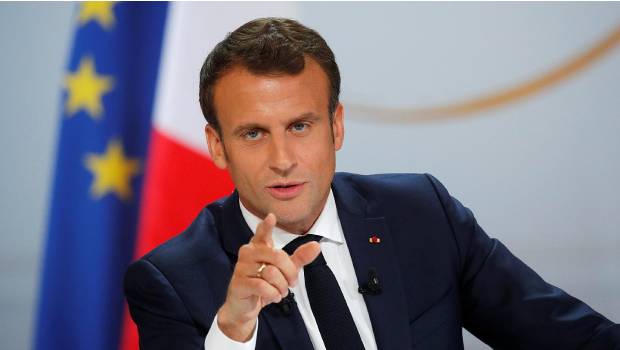 The coronavirus outbreak has caught the world’s spin, and set it in a new direction, beginning from the sellers to the world-class manufacturers, had all their productions paused for the year 2020. Sports which plays a vital part in the country’s income and being a mass entertainer is now wiped clean for the unpredictable year, and around the world, the effect of the viral flu has reached beyond 3 million, with 1 million public recovered, and more than 200 thousand had lost their families to the COVID-19 disease. Football is the first sport to have mangers and players tested for coronavirus disease, and followed by the Premier League Football Championship for the international teams went on hold due to the awakening of the pandemic crisis.

The President of France, Emmanuel Macron, while speaking with the media had announced to rest the football games for a while along with several other countries until the situation recovers from COVID-19. The president asked nations like Spain, England, Germany, and Italy to agree to suspend the football leagues for the season 2019-2020 until to the dates of September, and the mentioned countries by Macron, have all been severely affected by the coronavirus.

Previously Belgium and Netherlands had dropped the schedule of conducting football games in their countries, and after the announcement of the cancellation, of Ligue 1 and 2 football matches, Emmanuel Macron had asked the football to pause across the continents. The Prime Minister of France, Edouard Philippe, has also stated that sports have banned inside the country, and only after June depending upon the viral flu spread in the country, France would resume hosting the matches said France PM. Tennis, Formula 1, etc are some of the games had suspended the arrangements made in the country when France impacted with coronavirus.
France President Emmanuel Macron said that to practice