Premier League: Manchester United’s top-four hopes boosted with a victory over the Leeds 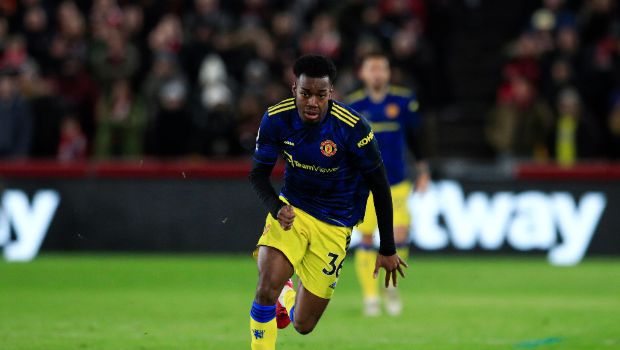 Manchester United beat vicious rivals Leeds united 4-2 in the Premier League encounter at Ellan Road. Manchester United boosted their top-four chances by winning the second game in succession. The Reds held off a spirited Leeds fight back and secured a big win in a second-half thriller. Late goals from substitutes Fred and Anthony Elanga helped the Reds avoid a staggering second-half collapse and claim a deserved win.

After withstanding early pressure from Leeds, the ferocious home crowd, and the sodden conditions, the Reds grew into the game with confidence. The visitors should have been ahead in the 26th minute, but Cristiano Ronaldo wasted a glorious chance to open the scoring.

However, eight minutes later Manchester United silenced the home fans after their captain Harry Maguire scored the opener. Maguire got the better of Diego Llorente to meet Shaw’s cross and powered his header into the goal. The Reds celebrated on a rain-sodden field.

The Reds doubled their lead in the added stoppage time. Victor Lindelof broke the Leeds’ defense with pace and lay off Jadon Sancho, who played a superb cross to Bruno Fernandes. Fernandes made a fine header to send the ball into the net. Leeds had an excellent chance to cut the lead to 1-2, but Rodrigo produced a mishit that looped over goalkeeper David de Gea into the far corner.

The Reds went into the break with a lead of two goals. However, Manchester United crumbled after the break and allowed Leeds to come back into the game by scoring back-to-back goals. Rodrigo scored the much-needed goal as his left-footed cross floated over David and settled into the net. Just 58 seconds later, Daniel James drove a low cross to Raphina, who tapped in at the back post. A disastrous moment for the Reds as the hosts leveled the scores.

Ralf Rangnick then made a double change and it had the desired impact in the game. Paul Pogba made way for Fred while Elanga replaced Lingard. The Reds launched a counter-attack which ended with Sancho placing up Fred who fired into the net. Leeds and their fans went down as the Reds took a one-goal advantage.

The Reds kept on attacking and Fernandes did well to poke the ball to teenager Elanga, who stayed calm and slotted home to seal the victory. Manchester United remains in fourth place, four points clear of their Premier League qualification rivals West Ham and Arsenal.