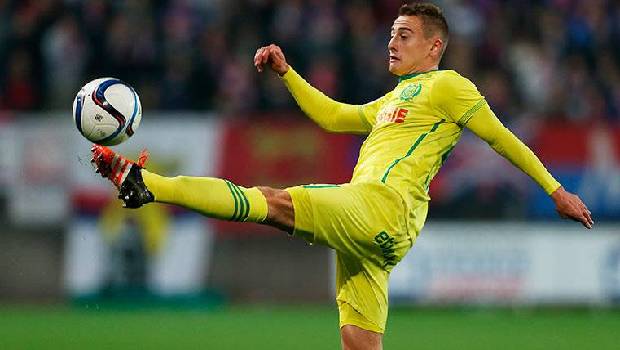 Marseille celebrated a 3-2 win against Montpellier HSC in their French Ligue 1 opener. Marseille came back from two goals down to win the match at the Mosson stadium. The game was held up for some time when the fans attacked the field with bottles. Frustrated fans started to throw the bottles as their team was one goal down in the final minutes of the game.

The clash between Marseille and Montpellier at the Stade Mosson was halted in the 89th minute after Marseille’s substitute player Valentin Rongier had been hit on the head with a bottle. Match Referee Jeremie Pignard guided both team players off the pitch and appeals were made to calm down the fans. The game was restarted after a delay of 10 minutes. Montpellier’s midfielder Florent Mollet was also attacked when he was ready to take a corner shot.

The match was played in front of 13,500 fans after seven months. Earlier all the matches were played behind closed doors due to the pandemic situation. Marseille dominated the game with more possession and made passes with good accuracy. Marseille made 7 attempts at the target while Montpellier made only one.

Montpellier earned their first goal in the 30th minute when Luan Perez scored his own goal. French forward player Gaetan Laborde received a pass from Nicolas Cozza and shot the ball from the right side of the box to the left corner of the target. Gaetan Laborde scored the second goal for his team in the next four minutes and helped Montpellier to take a 2-0 lead in the first half of the game.

Even though Marseille played well, their players failed to score goals. Marseille players started to play more aggressively and attack in the second half. As a result, the Turkish footballer Cengiz Undershot the first goal for his team in the 67th minute. Konrad De la Fuente assisted the ball towards Cengiz who played a left-footed shot from the six-yard box and scored the goal.

Marseille continued their dominance and Dimitri Payet scored the equalizer from a free kick in the 75th minute of the game. Five minutes later, Dimitri Payet scored again and helped Marseille to a 3-2 victory. Pape Gueye passed the ball brilliantly towards Dimitri inside the box. Dimitri shot the ball and scored his second goal as the ball settled in the right corner of the goal. Olympique de Marseille has started the 2021 French Ligue 1 tournament with a winning note. Marseille will take on Bordeaux on 16th August.