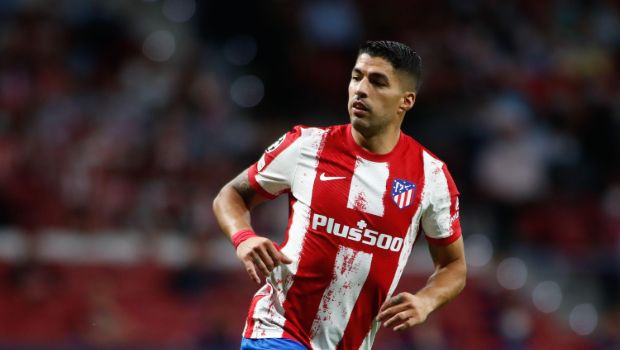 Atletico Madrid made a comeback to draw 2-2 against the La Liga leaders Real Sociedad. Luis Suarez scored a second-half brace as Atletico fought back from 2 goals down to salvage a point at home. Atletico Madrid battled back to move up to fourth place in the La Liga table with a point that was enough for Imanol Alguacil’s side to stay at top. There was rustiness in Atletico’s play as Real Sociedad took a deserved two-goal lead against the hosts.

The defending champions made a poor start by conceding an early goal in the 7th minute of the game. Swedish striker Alexander Isak set up Alexander Sorloth to score an easy one and took a 1-0 lead. Isak released in behind the Atletico defense and Sorloth finished underneath Jan Oblak with a brilliant shot. Sorloth fired a left-footed shot from the centre of the box to put Real Sociedad ahead of the hosts. Atletico played more shots towards the target but they were unlucky to find one inside the net.

Though Real Sociedad had less possession, they were brilliant on the field and converted their chances as goals. Isak found the back of the net just three minutes into the second half and made it 2-0. Isak guided a free-kick with his right foot that went past Oblak. Atletico goalkeeper might have done a lot better with his dive to save the goal.

Trailing 2-0, Atletico Madrid coach Diego Simeone made some attacking changes to his side. The changes had the desired effect as Joao Felix had enough space to set up Suarez with a perfect cross. The former Barcelona striker made an excellent header from the centre of the box to the bottom right corner. Suarez scored the first goal in the 61st minute and made the home crowd to roar with energy.

The Uruguayan star completed the comeback for the hosts when he was fouled inside the area and once the penalty was confirmed by VAR. He was hit behind by Sociedad defender Merino. Initially, the match referee did not give a penalty, but changed his mind after checking the pitch-side monitor.

Luis Saurez took the penalty spot kick and converted it with ease. He played a right-footed shot to the bottom right corner of the net. Real Sociedad remain at the top with 21 points from 10 games, one point ahead of Real Madrid and Sevilla. Atletico is in the fourth place with 18 points. Atletico Madrid, who trail by three points, still have a match in hand.