Goncalo Ramos scores the first hattrick of the 2022 World Cup, taking Portugal to the last eight 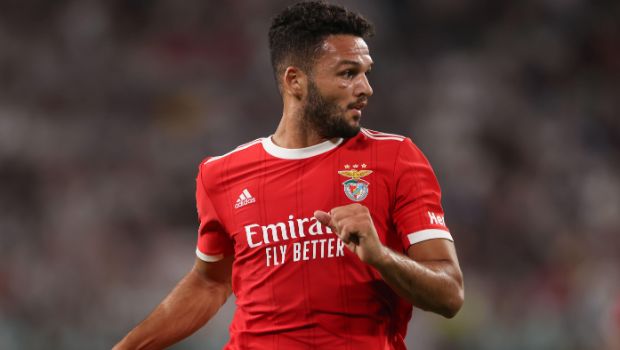 Portugal stormed into the World Cup quarterfinals with an emphatic 6-1 win over Switzerland at Lusail Stadium. Portugal Head coach Fernando Santos made a brave call to drop his side’s captain Cristiano Ronaldo following a dispute in their last match. But Portugal proved to be stronger and scored freely without him. Portugal has set up a quarterfinal clash with Morocco on Saturday. Goncalo Ramos was the star of the game for Portugal, scoring the first hattrick of the 2022 World Cup in the Round of 16 encounter. Pepe, Raphael Guerreiro, and Rafael Leao scored one each to hammer Switzerland.

Making his first international start, Ramos’ opening goal came out of nowhere. Ramos took a smart touch down the right side of the box to play the ball into his path and despite a tight angle, smashed the ball past goalkeeper Yann Sommer’s near post into the roof of the net. Pepe, 39, who doubled Portugal’s lead with a thumping header, became the oldest scorer in a World Cup knockout game.

Ramos scored his second just after the restart, he got on the end of defender Diogo Dalot’s low cross and cleverly flicked it between the legs of Sommer.

Guerreiro made it four in the 55th minute with a powerful strike. Three minutes later, Manuel Akanji unmarked at the back post comfortably scored the consolation goal for Switzerland. Ramos then struck his third with a deft chip over an onrushing Sommer.

Portugal added their sixth through substitute Leao’s brilliant strike in the added time. Portugal recorded the first knockout victory since the 2006 World Cup in Germany, having suffered a group stage exit in 2014 and round of 16 elimination (South Africa 2010 and Russia 2018). All football fans have to wait and see whether Santos will stick with Ramos or restore Ronaldo, the top scorer in men’s international soccer.

Earlier, Morocco became the first Arab nation to advance to the World Cup quarterfinals, beating Spain 3-0 in a penalty shootout.