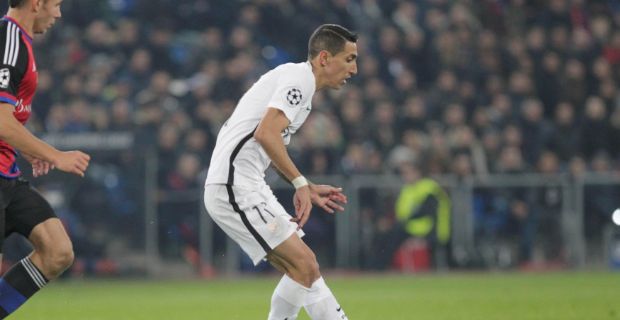 Argentina secured a comfortable 2-1 win against Chile in the 2022 South American World Cup Qualifiers. Argentina, without their captain Lionel Messi, managed to beat Chile at the Estadio Zorros del Desierto and extended their unbeaten streak to 28 matches. Goals from Angel Di Maria and Lautaro Martinez helped Argentina to surpass Chile in front of their home crowd. Argentina performed well to earn the three points and remain at the second spot.

Argentina team management rested Messi after his COVID-19 infection, but his Paris Saint-Germain teammate Angel Di Maria stepped up on the occasion and scored an early opener with a trademark curling shot. Rodrigo de Paul assisted the ball to Di Maria, who put his side ahead with a fantastic left-footed shot from outside the box after 9 minutes.

In response, Chile kept attacking and created more chances to find an equalizer. As a result, Chile’s English-born striker Ben Brereton Diaz leveled the scores in the 20th minute of the play. Marcelino Nunez played across to Ben, who produced a fine looping header from a difficult angle. Argentine goalkeeper Emiliano Martinez was left clueless to save it. Brereton’s goal was the first against Argentina in seven qualifiers.

Argentine strikers then took advantage of an injury to Chile goalkeeper Claudio Bravo and scored the winner just 11minutes before half-time. Bravo was getting ready to be substituted when Rodrigo fired in a fierce drive from 30 meters. Bravo made a good save but the rebound fell under the foot of Lautaro Martinez, who smashed it straight into the bottom right corner from the center of the box.

The result of the game made a huge blow to Chile’s hopes of qualifying for Qatar. They are now on the seventh spot with just 16 points and have only three matches to play. The top four from the 10-team group will qualify automatically.

In another encounter, Brazil settled for a 1-1 draw against Ecuador. Casemiro put Brazil ahead after five minutes of play. He fired from close range after a goalmouth scramble. However, Felix Torres’s header in the 75th minute ended Brazil’s hope of winning the game. Ecuador’s play was enthralling throughout the game, especially in the opening half-hour.

The battle saw two players sent off inside the first 20 minutes. First to go was Ecuador goalkeeper Alexander Dominguez, for a reckless challenge. Then it was Brazil’s Emerson Royal for a second yellow card following a clumsy tackle. Ecuador placed third with 24 points, is almost certain to qualify.