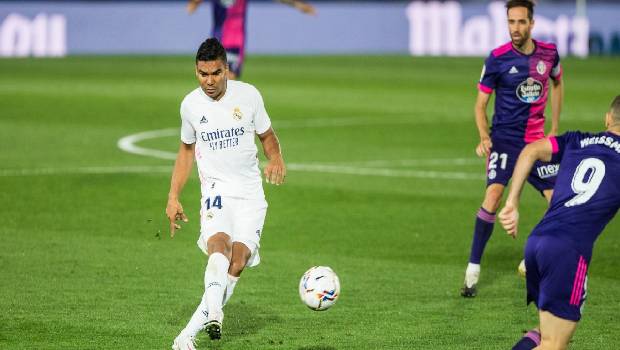 Brazil continued their winning streak by defeating Colombia 2-1 in Copa America match on Wednesday. Casemiro scored a header in the 100th minute ensuring Brazil’s winning streak continued to 11 matches. Three extraordinary goals were scored in a much-tensed match. Brazil had won their previous nine games, one of them without conceding a goal.

Brazil went behind for the first time in eight matches as Colombia scored the goal in the 10th minute of the game. Colombian Juan Cuadrado sent in a cross from the right and midfielder Luis Diaz in the middle of the penalty box executed a magnificent bicycle kick as the ball went in like a storm. Brazil keeper Weverton was completely helpless to save it. Luis Diaz’s strike turned out to be the best goal of the tournament.

Brazil struggled most of the match to find an equalizer, which they are not known for. Brazil chased the game with a lot of possession and created more opportunities to score. Then Colombia started to play a defending game against the Brazil players who rarely stopped surrounding its penalty box.

Finally, the hosts got an equalizer with just 12 minutes left in the game, though it came in a controversial situation. A pass by Neymar accidentally hit on referee Nestor Pitana and Colombian defenders paused their play, expecting a drop ball from the referee but he allowed continuous play. Brazil took full advantage, with Lucas Paqueta moving the ball to left-back Renan Lodi and Roberto Firmino headed his cross to beat Colombian goalkeeper David Ospina. David Ospina joined Carlos Valderrama as Colombia’s most capped male player with 111 appearances.

Colombian players were aggravated but referee Pitana confirmed Brazil’s goal, after a review by the Video assistant referee. A referee with much international experience, who referred at the World Cup 2018 final, made a big mistake that hurt the match.

Colombian’s refused to restart the play, which led to the addition of 10 minutes as stoppage time. Brazil kept much pressure in the final minutes and got its reward. Neymar took a corner and Casemiro headed over the distracted Colombian defence to give a win to Brazil.
Brazil had already qualified for the Quarterfinal with nine points from three games, now Colombia has joined them with four points. Ecuador, Peru, and Venezuela are eyeing the last two spots from the group. The top four teams will move to the playoff stage.