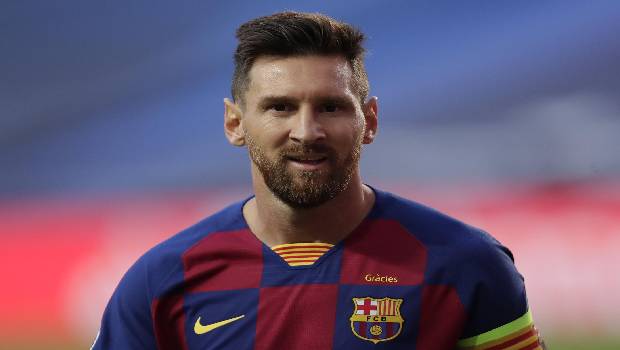 There are rumors surrounding the club that the 33-year-old might leave the club at the end of this season but only time will tell the truth. Regardless of that Messi has etched his name in the club’s history as the greatest player ever graced Barcelona accompanied with several milestones.

Barcelona through a social media post on Twitter paid tribute to Messi’s historical milestone. The post was a collage of the Argentine’s time at the club over the years and his many goal celebrations with the record ‘768 Games’ in the middle of the picture. While on Instagram the club captioned the post as “A L O N E A T T H E T O P”. Messi made his debut for Barcelona in La Liga in the year 2004 and over the years he has written and rewritten almost every record at the club. Fans of Barcelona have flooded the posts with comments congratulating Messi for this feat.

Out of the 768 matches, Messi played 511 appearances have come in La Liga. 149 matches are from the UEFA Champions League, 79 from the Copa del Rey, 20 from Spanish Super Cup, 5 appearances during Club World Cup and 4 matches from European Super Cup.

It is to be noted Messi has won 536 matches out of the 768 he played. While 140 games ended in draws and lost 91 games. Asides from the appearances Messi also holds the top goal scorer in the history of Barcelona with 661 goals. Messi has scored 120 goals in the Champions League which also makes him Barcelona’s leading goal scorer in Europe.

The Argentine celebrated the milestone by twice scoring goals in their thumping win of 6-1 against Real Sociedad. Barcelona with this win closed in on the league’s table topper’s Atletico Madrid as just 4 points separate the two teams.

Messi has raised his league goals tally to 23 with his two goals on Sunday placing him 4 goals clear of Suarez. In his previous game when he equaled Xavi’s record playing against Huesca, Messi scored yet another double.