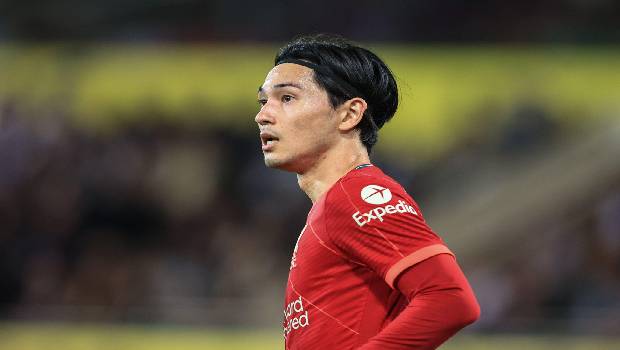 Liverpool clinched a 3-0 win over Norwich City at Carrow Road Stadium in the third round of the EFL Cup. Liverpool sealed a spot to play in the fourth round after a dominating win against Norwich. While Japanese attacking midfielder Takumi Minamino scored twice, forward striker Divock Origi added one to his name.

Both teams played with equal strength, but Norwich failed to score goals. Norwich was unlucky as all 5 shots on target were saved. Liverpool slightly had an upper hand with 54 percent of possession. Liverpool took an early lead as Minamino scored the first goal in the 4th minute of the game. Origi nodded down the out-swinging corner shot from Tsimikas and Minamino made a sharp turn to ensure a close-range finish through the legs of goalkeeper Angus Gunn.

The visitors played an attacking game and created more chances to score. Tsimikas made a powerful header, but it went over the crossbars. Liverpool goalkeeper Caoimhin Kelleher was brilliant on the field and denied goals for the hosts. The match referee awarded a penalty to Norwich after Bradley roughly challenged Dimitris Giannoulis inside the box area. Christos Tzolist played a shot to place his spot-kick down the middle, but Kelleher cleverly saved it with his foot.

Liverpool, who finished the first half with a lead, scored the second goal just five minutes after the break and extended the lead to 2-0. Curtis Jones accelerated things by slipping a pass into the path of Tsimikas. Tsimikas sent a precise cross from the byline and Origi made a glancing header that settled into the far corner of the net.

The reds dominated the game till the last minute. Minamino scored his second goal in the 80th minute of the game and made it 3-0. Bradley did well to take possession high up the field and Alex Oxlade-Chamberlain fed the ball to Minamino, who squeezed a shot beneath Gunn to score the goal.