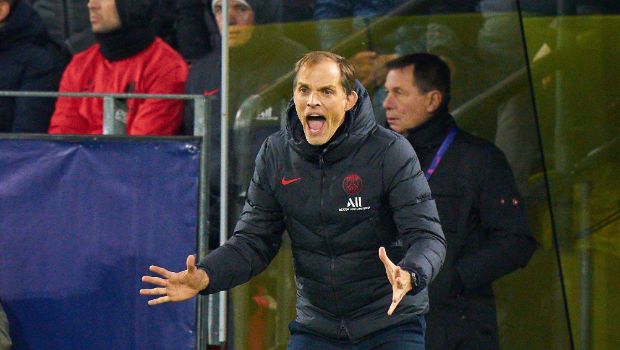 Chelsea seized a convincing victory over Tottenham Hotspur at Stamford Bridge. The Blues had good control throughout the game and defeated their London rivals 2-0 in the first leg of the Carabao Cup semifinal. The Blues dominated the Spurs and had so many chances to seal their spot at Wembley, but failed to convert their chances. Chelsea delivered a completely dominant and attacking performance after Thomas Tuchel switched up his tactics.

Chelsea goes into the second leg of the semifinal with a comfortable lead. The Blues started extremely bright and played an attacking game from the first whistle. The Blues exploded in a 4-2-2-2 formation with Kai Havertz and Romelu Lukaku up front. Havertz gave Chelsea an early lead by scoring the opener in the 5th minute. Marcos Alonso ran in to make an interception and slipped a great pass to Havertz.

Havertz ran into the left side of the box and fired a low shot towards the target. Spurs’ goalkeeper Davinson Sanchez tried his best to make a save. But he was unable to keep the shot out on the line. Lukaku, who was back in the team after a one-game exile, had several chances to score. But he was unlucky, even his header from a close range also failed to find the net.

The dominant hosts got their second goal after a mix-up in the Spurs’ defense. The Blues had a slice of luck as the Spurs scored their own goal in the 34th minute. It can be mentioned as a comedy or dramatic goal. Japhet Tanganga headed away Hakim Ziyech’s free-kick, but the rebounded ball flew into the net after taking a deflection from Ben Davies’ shoulder.

Chelsea went into the break with a 2-0 lead. It could have been three for the Blues when Lukaku got onto the end of a Ziyech cross. But his header failed to direct it well on the target. After a torrid first half, the Spurs gained confidence and started playing positively. Tottenham won a free-kick in the 50th minute after Malang Sarr fouled on Tanguy.

Harry Kane smashed it brilliantly from outside the box, but Chelsea goalkeeper Kepa Arrizabalaga made a good dive to save it in the bottom left corner. Chances continued to come for the Blues but the Spurs’ defense was good towards the end.

A well-deserved win for Chelsea as it is always hard to score against Tottenham. The spurs must play better and deliver well in the second leg to reach Wembley. Liverpool and Arsenal will play their Semi-finals on 13th and 20th January.