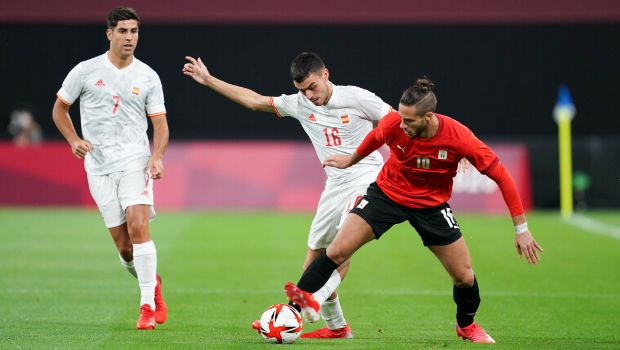 Liverpool is keeping an eye on the Egyptian international Ibrahim Adel Ali Mohammed Hassan. Liverpool is showing a great interest in bringing in winger Ibrahim Adel, the man dubbed the ‘new Mohamed Salah’. The 21-year-old young player currently plays for Pyramids FC in the Egyptian Premier League. Adel has scored 11 goals in his 36 appearances since 2019. Adel has four caps for the Egypt national team after first being called up last year to the country’s international setup.

The Egyptian winger was a part of the squad that finished runners-up in the 2021 Africa Cup of Nations. The forward had played with Egypt at the youth level as well. However, the Reds will not have a free run at bringing him into their line-up. Liverpool will face tough competition from other Premier League teams for the young and talented player’s signature.

Arsenal, Brighton, Nottingham Forest, and Brentford are amongst the clubs who have been watching him in recent times. The Reds’ forward Mohamed Salah has been a revelation since he made the move to the Reds in 2017. Salah has scored 160 goals in only 263 games.

If Adel can replicate even half of what Salah has managed in his Anfield tenure, then the deal will be more than worth it. A potential move in January is on the cards for Jurgen Klopp’s side, despite Pyramids rewarding their star player with a new long-term deal.

Liverpool captain Jordan Henderson has heaped praise on England team-mate Jude Bellingham amid speculation linking the Borussia Dortmund midfielder with a move to Anfield. Interestingly, there is also talk of a player going the other way, with Dortmund reportedly wanting to sign Naby Keita when his contract with the Reds runs out at the end of the season.

Liverpool will take on Brighton in the Premier League game tomorrow at Anfield. Liverpool is currently placed eighth in the standings with only 9 points. The Reds’ fans expect their team to come back strong in future games. The Reds’ striker Diogo Jota did not train with Liverpool after asking to be substituted while playing for Portugal against Spain in the UEFA Nations League.

The 25-year-old striker picked up a hamstring injury during pre-season and has just returned to fitness for Liverpool. But this will cause concern for Jurgen Klopp. It has not been the kindest international break for the majority of Liverpool players hoping to play at the 2022 World Cup in Qatar this winter.