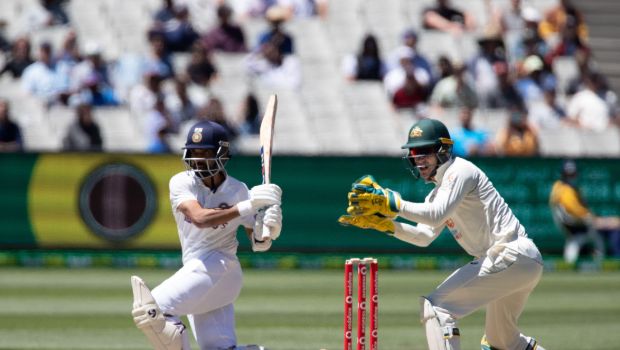 India finished 85/2 at Stumps on Day 2 at the Wanderers. India leads South Africa by 58 runs in their second innings. Ajinkya Rahane and Cheteshwar Pujara are on the crease after the Proteas picked up two wickets. Duanne Olivier and Marco Jansen picked one wicket each. Earlier, India bowled out South Africa for 229 runs. Indian pacer Shardul Thakur finished with best figures of 7/61.

Thakur nicknamed Lord Shardul registered the best bowling figures by an Indian bowler in South Africa. Senior seamers Mohammed Shami and Jasprit Bumrah bagged two wickets each. The Proteas took a 27-run first-innings lead. Now it is in the hands of the Indian batters to perform well and play big in the second innings to set up a huge target for the home side.

Earlier, Keegan Petersen and Temba Bavuma scored half-centuries to put their side on the front. But Thakur bowled excellent spell and picked up wickets to bring India back on track. However, a 38-run stand between Marco Jansen and Keshav Maharaj for the eighth wicket took the Proteas past India’s total. Both the batters took the attacking route and hit three boundaries each. Jasprit Bumrah failed to nail his Yorkers.

Indian skipper KL Rahul went back early by edging Jansen to Aiden Markram, who took a good low catch at second slip. Mayank Agarwal batted freely and looked fluent before Olivier trapped him LBW on 23. Pujara and Rahane ensured India did not lose another wicket. While Pujara finished the day on 35, Rahane remained unbeaten on 11.