Posted by Dafabet Sports on December 6, 2022 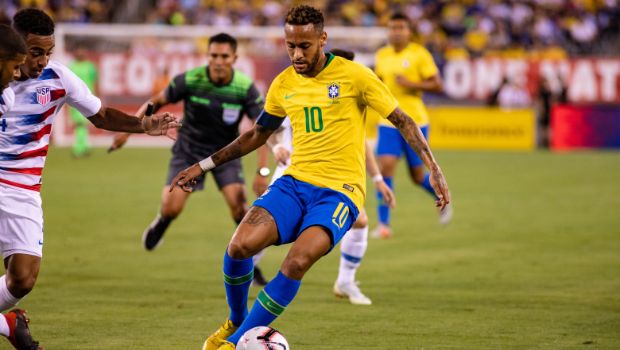 Brazil produced an impressive attacking football to crush South Korea 4-1 in the round of 16 match at Stadium 974 on Tuesday. Brazil turned things on style and danced their way to a dominant one-sided victory. The Brazilians brought a beach soccer swagger with a clinical display that simply overwhelmed the Koreans, and brought an end to the Asian hopes at the tournament. Vinicius Junior, Neymar, Richarlison, and Lucas Paqueta were all on target in a dominant first half as Brazil cruised into the quarterfinals.

The Koreans managed to pull one goal back deep into the second half but it was not enough to stop the Brazilians from reaching the quarterfinals. A big clash against 2018 finalists Croatia awaiting them in the last eight. Earlier Japan’s penalty shootout loss to Croatia and Australia’s loss to Argentina, means that all three Asian Confederation teams were eliminated in the first knockout round.

Neymar, who had missed Brazil’s last two group games after suffering an ankle injury against Serbia, and Danilo returned to the playing XI with the Selecao continuing their hunt for a sixth World Cup title. Before the match, Brazil’s 82-year-old football legend Pele said he would be watching and cheering the team from the hospital as he is recovering from a respiratory illness. Vinicius wasted no time to give Brazil an early lead as he calmly scored past a horde of Korean defenders in the seventh minute after receiving a lovely cross from Raphinha.

A few minutes later, Jung Woo-Young fouled Richarlison inside the box area and French referee Clement Turpin pointed to the spot kick. The Paris Saint-Germain star Neymar converted the penalty to double Brazil’s lead, sending Korean goalkeeper Kim Seung-Gyu. Neymar scored his 76th goal for Brazil, and now he is just one short of tying Pele for the most goals scored in the country’s famous yellow jersey.

Richarlison scored the third to make it 3-0 before the half-hour mark, after receiving a pass from Thiago Silva, who produced a brilliant clever interplay to split the defense at the top of the penalty area. Seven minutes later, Paqueta added the fourth goal after arriving in the box just in time to volley home a Vinicius cross.

Korea’s star striker Son Heung-Min forced a great save from Alisson just after the restart. However, Seung-Ho Paik scored his first-ever competitive goal in the latter part of the second half. Following the match, Brazil players held up a banner picturing Pele to wish him well.